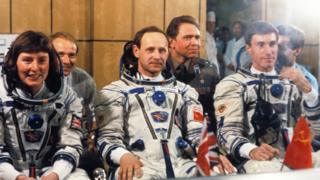 It is 30 years since the first British person went into space.

Dr Helen Sharman, a scientist from Sheffield, travelled to the Soviet space station Mir on 18 May 1991.

She was a 27-year-old chemist when she was chosen to be part of Project Juno - a plan to pay for someone from Britain to travel into space. The UK government wasn't involved in space exploration at the time, so paying for a spot on a flight was the only way to travel to space.

Sharman was one of 13,000 people who responded to an advert on the radio. From all those entrants, four people were put forward for training in Russia.

While she was in space she did medical and agricultural experiments.

She said she felt really lucky to be chosen for the mission and would love to go back to space.

One of her favourite things was floating around on the space station because of the lack of gravity. 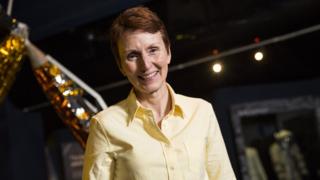 Getty Images
Helen has said that she thinks aliens do exist and might even be on Earth!

Since coming back to Earth she has carried on her scientific work and now works at Imperial College London.

She was also honoured by the Queen in the 2018 New Year's honours list and joined the Order of St Michael and St George, which is a special award for people who have done important things.

Shoot for the Moon: The big space missions in 2021

Can life from Earth survive on Mars?

Euro 2020: Everything you need to know