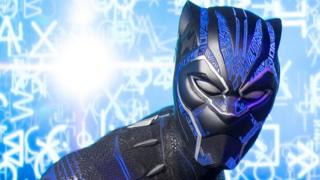 PA Media
Black Panther waxwork glows when you touch it

Black Panther is the latest superhero to get his very own waxwork model at Madame Tussauds in London.

The Wakandan king joined the attraction's Marvel Hall of Heroes alongside fellow Avengers teammates Captain Marvel and the Hulk.

The Black Panther waxwork features a "vibranium effect" making it glow when fans touch it.

The effect is named after the made up metal found only in the hero's home country of Wakanda. 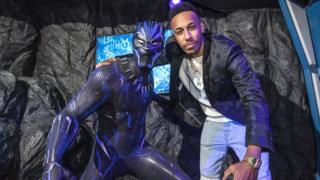 The Black Panther film was a critical and commercial success when it was released.

It was nominated for the Best Picture award at the Oscars and made around £925 million at the worldwide box office.

A sequel is currently being planned but Marvel has confirmed Boseman's part will not be played by another actor.

Loki: The God of Mischief returns in new trailer for Disney+ series