Climate change: Forests the size of France have been regrown 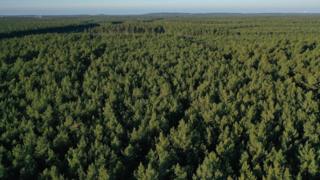 An area of forests larger than mainland France has regrown around the world since the year 2000.

A mapping study from the Trillion Trees project, using more than 30 years of satellite data, found that nearly 59 million hectares of forests have grown back worldwide.

Experts say that this area of returning woodlands could store the equivalent of 5.9 billion tonnes of carbon dioxide (CO2), more than then annual emissions of the US.

This highlights the role they could play in tackling the climate crisis, the study said.

Tree-mendous wall being built in Africa

Why are the world's forests under threat?

What is the #Teamtrees mission all about?

'Too many trees still being cut down' 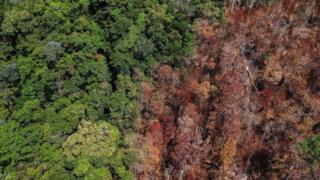 Getty Images
Deforestation can be caused by farming, industry or fire - like in the Brazilian Amazon

But despite the good news, conservationists also warn that far more hectares of trees are being burned and cut down each year, and called for support for forest regeneration as part of the climate fight, as well as action to stop deforestation.

The analysis published by Trillion Trees, a joint venture between WWF, BirdLife International and WCS (Wildlife Conservation Society), looks at areas around the world where woodlands are regenerating.

They range from restoration projects, where native trees and shrubs are planted, to 'assisted natural regeneration' schemes - where the forest is encouraged to regrow by measures such as fencing areas off.

Tree growing in the UK

How mass tree planting is helping the environment

'Million trees' mission hopes to fight back against climate change

Successes around the world 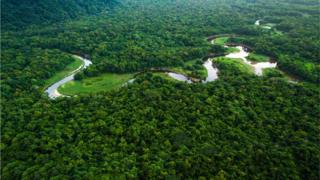 The study highlights areas such as the Atlantic Forest in Brazil.

In this area, 4.2 million hectares has regrown since 2000, through planned efforts to restore the forest, more care from industries and other factors such as people moving to live in cities. 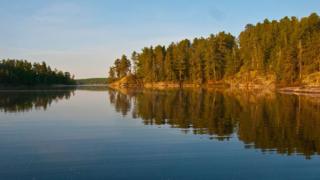 Getty Images
There has also been successful regrowth in Canada's forests like this one in Quetico Park, Ontario

In Mongolia's northern boreal forests, the study suggests 1.2 million hectares of forest have regenerated in the last 20 years, thanks to conservation work by WWF and the Mongolian government's increased emphasis on protected areas.

Central Africa and the boreal forests of Canada are also regeneration hotspots.

Where to focus action?

The study aims to help inform forest restoration projects around the world, giving a picture of where taking action would bring the most benefit.

It comes after a report from WWF earlier this year, showing that forests almost twice the size of the UK was destroyed around the world between 2004 and 2017.

William Baldwin-Cantello, director of nature-based solutions at WWF, said that to avoid dangerous climate change and reverse the loss in nature, there was a need to halt deforestation and restore natural forests. 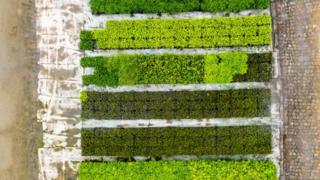 "We've known for a long time that natural forest regeneration is often cheaper, richer in carbon and better for biodiversity than actively planted forests, and this research tells us where and why regeneration is happening, and how we can recreate those conditions elsewhere.

"But we can't take this regeneration for granted - deforestation still claims millions of hectares every year, vastly more than is regenerated."

John Lotspeich, executive director of Trillion Trees, said: "This map will be a valuable tool... to better understand the ways we can work to increase forest cover, for the good of the planet...

"But it isn't an excuse for any of us to wait around for it to happen."

Climate change: How mass tree planting is helping the environment