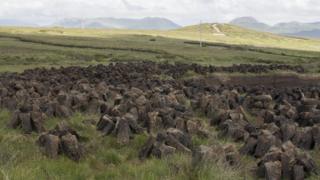 Experts have warned that the UK must "get serious" about protecting and restoring peatlands to help tackle climate emissions.

The study by the British Ecological Society looked at how habitats can be used when it come to the nature and climate crises, said restoring the UK's damaged peatlands was a top priority.

Peat contains a lot of carbon so when it is dug up and burnt this is released into the atmosphere and can have a big impact.

The UK government recently announced its aim aim to cut carbon emissions to 78 percent of 1990 levels before 2035.

Find out more about the problem

What is peat and why is it such a big deal? 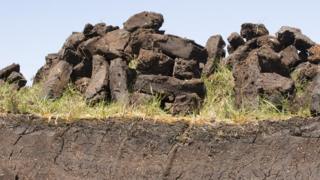 It is formed from decayed plant material that had builds up over millions of years and when compressed together becomes peat.

Peatlands are a key priority because they contain around three billion tonnes of carbon - around three times the amount that forests hold. 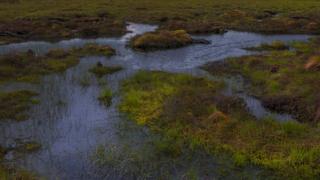 But this means when they are disturbed or damaged through drainage and degradation they release 23 million tonnes of emissions a year - equivalent to around five percent of UK overall emissions.

They are also an important home to wildlife, and provide clean water and access to wild habitats.

But today four fifths of the 2.6 million hectares of peat in the UK are in a poor condition,

What can be done to prevent these emissions? 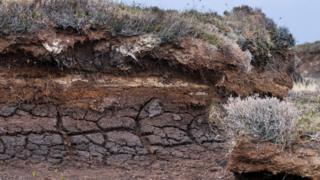 Peatlands can be restored by things like blocking up drains, stopping burning peat, and encouraging people not to buy peat compost.

Other suggestions in the report included a switch to "wet farming", which involves growing different crops that thrive in waterlogged soils and 'carbon farming', where the goal is to take excess carbon out of the atmosphere and store it in the soil, where it can help the growth of plants. 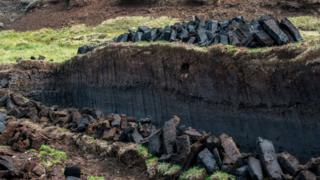 In the past peatland has been torn up in for things like agricultural farming and tree planting, so the report says in the future using peatland for these types of development should be avoided.

Dr Dunn, one of the authors of the study, said: "If the UK is serious about cutting its carbon emissions, it must get serious about its peatlands.

"It's time to love our bogs. They're fantastic habitats and they are powerhouses when it comes to carbon storage."