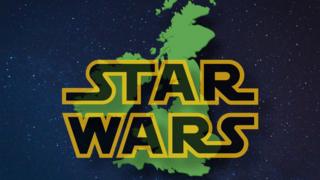 Star Wars has swapped a galaxy far, far away for a beach in Lancashire and now a quarry in Dorset!

It appears that production of the latest Star Wars series, called Andor, is on location in various places across England.

Andor, is a prequel to the 2016 spin-off film Rogue One and follows main character Cassian Andor and the beginnings of the rebellion against the Empire.

The Disney+ series started filming in the UK last week, with lead actor Diego Luna and stormtroopers spotted filming on a beach in Cleveleys, Lancashire.

Now more photos have surfaced online showing a disused quarry, near the village of Worth Matravers on the East Dorset coast, being transformed into a Star Wars film set.

Why are there Stormtroopers on the beach in Lancashire?

Is this the first 'real' LIGHTSABER?!

The franchise has a history of using several UK locations as the backdrop for various planets in the Star Wars universe.

Where else in the UK should Star Wars film next? Let us know in the comments. 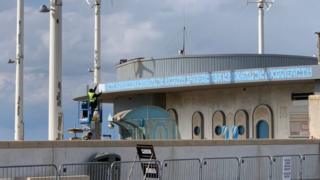 Visit Cleveleys/Visit Flyde Coast
This café on the promenade in Lancashire was transformed ahead of Star Wars filming
Where in the UK has Star Wars filmed before?

Star Wars has used several UK locations to film in the past, including the famous Pinewood studios in Buckinghamshire, the home of lots of famous movies such as James Bond.

Meanwhile the Scottish highlands are rumoured to be the location of some new Star Wars films due to come out in 2023.

But for now, here are some other outdoor locations from the nine Star Wars movies and their spin-offs to date.

Some you can actually go and visit, or maybe try and spot them in the films the next time you watch. 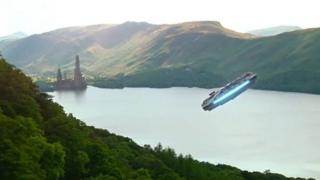 Cumbria's lakes and fells are used as the setting of the planet Takodana in The Force Awakens.

Another scene shows X-wings flying over another Lake District lake, Thirlmere as they prepare to attack the First Order. 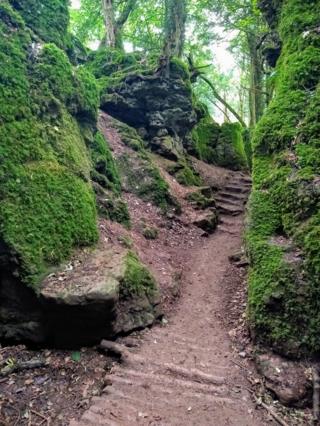 Puzzlewood, in the Forest of Dean, was another location used in the The Force Awakens.

Also on the planet of Takodana. After Maz Kanata's castle is attacked by the First Order, Rey and BB-8 can be seen running through the magical forest of Puzzlewood, before meeting Kylo Ren for the first time.

The ancient woodlands were also used for Harry Potter and the Deathly Hallows Part 1 and are thought to be the original inspiration for Middle Earth in Lord of the Rings. 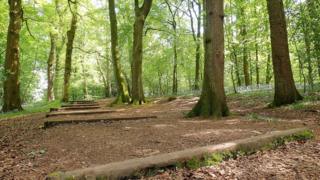 Whippendell woods is known for its impressive displays of bluebells, but this wood, near Watford, was also used for the forests of Naboo in Star Wars: The Phantom Menace. 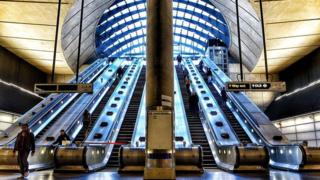 Of all the locations, this one is probably visited the most often and without lots of people ever realising they're walking through a Star Wars set.

Although a London tube station isn't the most glamorous of locations, the Canary Wharf station was used in Rogue One as the Imperial Base on the planet of Scarif.

When Jyn, Cassian, and K-2SO are disguised as Imperial officers, they are in fact walking through the underground station. 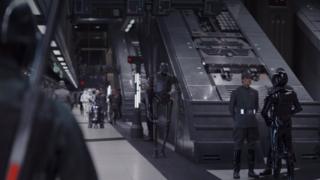 Lucasfilm/Disney
Canary Wharf station was used to film scenes in Rogue One. You can see how they've changed the escalators in this scene 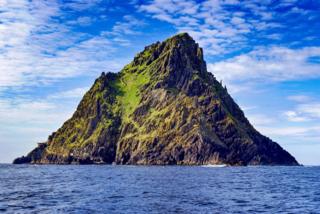 Ok, this is just outside of the UK, but it's a pretty epic location! Skellig Michael in Ireland, otherwise known as Luke Skywalker's deserted hideaway, Ahch-To.

Before the coronavirus lockdowns the island saw a big increase in tourism, with concerns about the environmental impact. Located there is a Gaelic monastery with beehive huts, founded by monks in the sixth century. The island is also a protected world heritage site.

It's also the home to lots of wildlife, including puffins, which were the inspiration for the Star Wars creatures known as Porgs.

Let us know in the comments other locations which would be great for Star Wars movies. 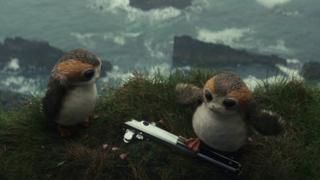