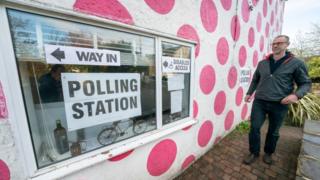 Voters went to polling stations on Thursday this week to decide which political candidates they'd like to represent them in Welsh Parliament.

Members of the Senedd make decisions on lots of big issues which affect people's day-to-day lives including education, healthcare, the environment and transport.

With all the votes now counted, the Labour party has remained in power in Wales, securing 30 of the 60 seats available. This matches their best ever Senedd election result.

It'll be the sixth Labour government in Wales in a row.

A guide to the Scottish, Welsh and local elections

Why are there different laws across the UK?

Which parties have secured seats? 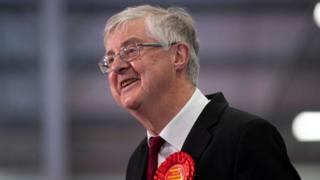 Getty Images
Current Labour leader and first minister Mark Drakeford has kept his seat, winning the most votes in his constituency

Of the 60 members of the Senedd (MSs) being elected, 40 will serve constituencies (areas) and 20 will be elected to represent larger regional areas of North Wales, Mid and West Wales, South Wales West, South Wales Central and South Wales East.

The Labour party secured 30 seats which is one more compared to the previous election, the Conservatives has 16, Plaid Cymru has 13 seats and the Liberal Democrats have one.

Current Labour leader Mark Drakeford will remain in his position as first minister of Wales and has vowed to form a "stable and progressive" government.

Who will form the Welsh government? 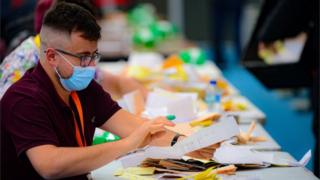 In Wales, the government is formed from the party that hold the most seats in parliament.

If a party wins 31 seats, it is be able to form a government without help from the opposition. This means they have a majority and can help them push through certain decisions and laws more easily.

Even thought the Labour party didn't quite make that target, securing 30 seats, it can still govern, sometimes seeking with help from other parties through occasional deals or through a more formal arrangement, known as a coalition.

What other votes took place in Wales?

Voters in Wales also had the power to elect police and crime commissioners for four police areas: Dyfed-Powys, Gwent and North Wales and South Wales.

Elections: Why millions of adults are voting today

Black history: 'We must not forget those who helped us shape the UK'