Where can you go on holiday without quarantining? 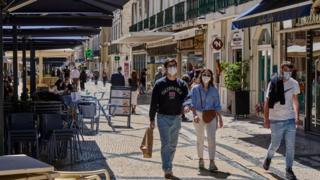 Getty Images
Will Lisbon, the Portuguese capital, soon be full of English tourists?

People in England will be able to travel to 12 countries including Portugal, Gibraltar and Iceland from 17 May under new government rules.

These countries are part of a "green list" of countries where they can visit without quarantining when they return.

Many other countries on the green list, including Australia and New Zealand, aren't currently allowing travellers from the UK to enter.

Currently, people in England face fines for holidaying abroad, and must have a valid reason for foreign travel.

Scotland, Wales and Northern Ireland have not said when they might ease their strict travel rules, but Transport Secretary Grant Shapps said the other nations were in support of the traffic light system.

Countries have been rated green, amber or red based on their Covid risk.

Many green list countries will continue to place restrictions on UK travellers arriving into their countries. 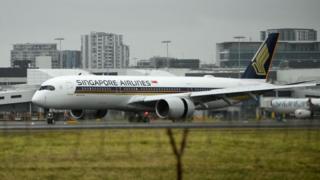 The full list of 12 countries and territories people in England can travel to without having to quarantine upon return will include:

The government says if there are any concerns they will not hesitate to withdraw their green status. 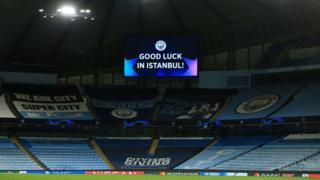 Getty Images
The Champions Legaue Final between Manchester City and Chelsea is due to be played in Istanbul in Turkey at the end of May, but Turkey is in the red list so people can't travel there from England to watch the match

Last summer the government had introduced air bridges for foreign travel, where travellers from the UK did not have to quarantine on arrival in certain countries.

This hasn't been the case this time around which means that people might still have to quarantine when they arrive in a green list country.

Some other countries, Turkey, Maldives, Nepal, have be added to the red list.

This means that Man City and Chelsea football fans will not be able to travel to Istanbul for the Champions League final.

But Mr Shapps said the government was open to staging the game in the UK instead and that talks were with the FA and Uefa have been going on. 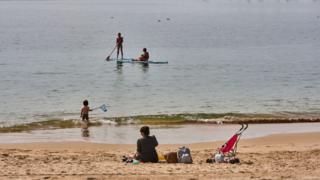 The government's advice is not to book any holidays that do not include a refund in the event of changes to the rules.

Passengers are encouraged to check all requirements and FCDO travel advice before they book any foreign travel.

Coronavirus: What is a lateral flow test and how does it work?

47 comments
Back to top
unknown