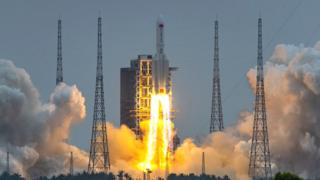 Parts from a Chinese rocket have plummeted back to Earth, landing in the Indian Ocean near the Maldives.

The main segment from rocket, known as the Long March-5b, was used to launch the first section of China's new space station last month.

At 18 tonnes - the weight of three African bush elephants - it is one of the largest items in years to dive back into the atmosphere without control.

More out of this world stories

Click here for loads more on space, astronauts and planets 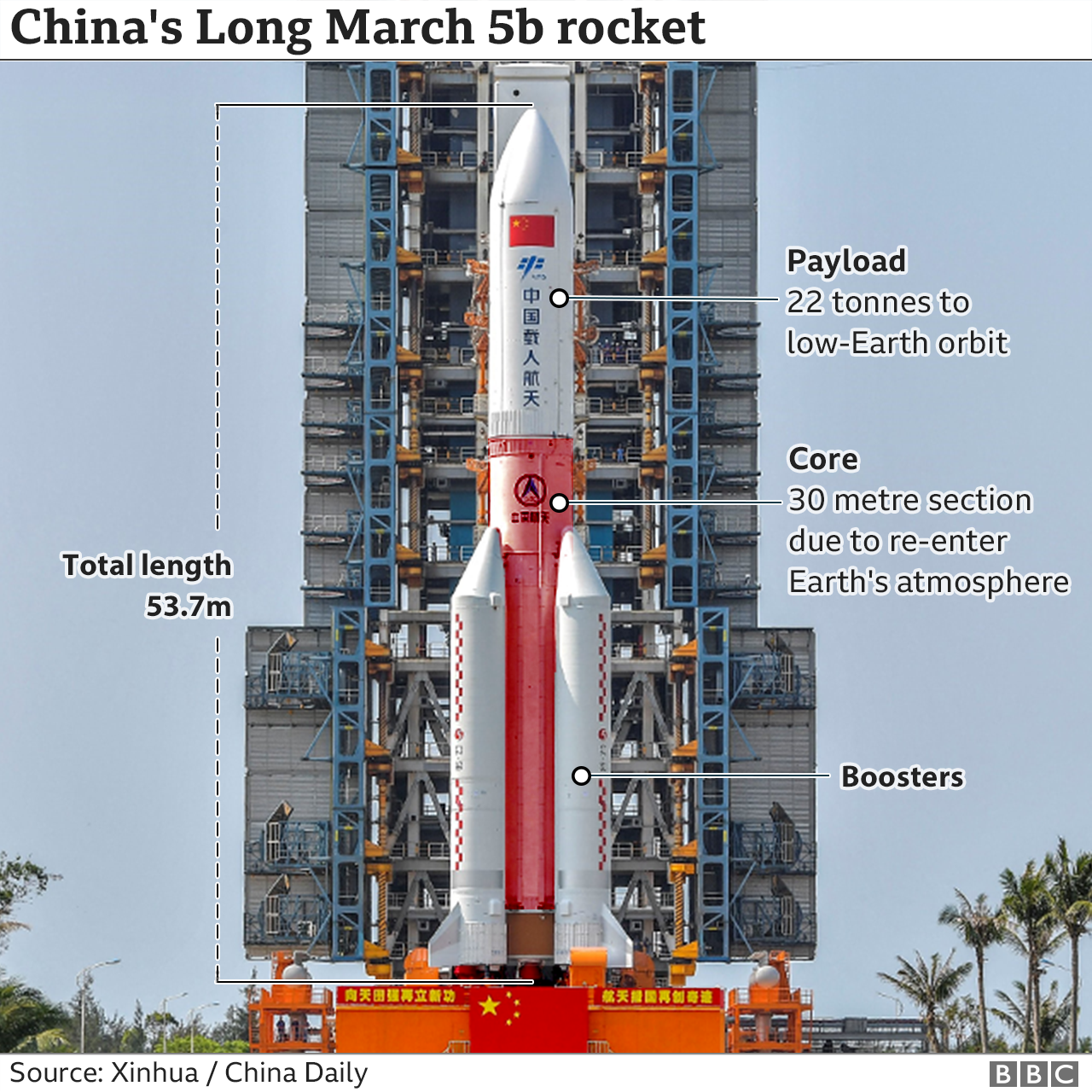 US and European tracking sites had been monitoring the uncontrolled fall of the Long March-5b vehicle and predicted it would burn up when it made its final plunge through the atmosphere.

However, there was always a possibility that metals with high melting points, and other materials, could survive to reach the Earth's surface.

Before the rocket's re-entry, there were fears some of the debris could end up falling in an inhabited area on Earth.

However, space experts had predicted that the chances of anyone actually being hit by a piece of space junk were very small as so much of the Earth's surface is covered by ocean, and there are also huge areas of land which don't currently have anyone living on them.

What has China said in response to the falling rocket? 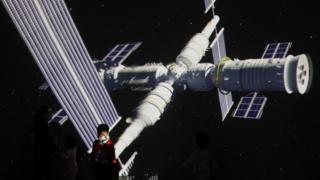 China laughed off the suggestion that it has been careless in allowing the uncontrolled return of such a large object.

Commentary in the Chinese media described Western reports about the potential dangers involved as "hype" and predicted the rocket debris will likely fall somewhere in international waters.

But Jonathan McDowell from the Harvard-Smithsonian Center for Astrophysics in the United States, said the situation did reflect badly on China and should be "seen as negligence".

Space: China and Russia plan to build a space station on the Moon

China's Chang'e-5 mission returns from the moon with samples

A history of Chinese space missions