Imagine not being able to eat between dawn and dusk - well that's what millions of Muslims do every year during Ramadan.

It is a holy month of fasting (not eating or drinking anything during daylight hours), which ends in the celebration of Eid al-Fitr.

This year is 10-year-old Zaavier's first time fasting. He has been recording a video diary to share his experiences and has been raising money for food charity Human Appeal too. 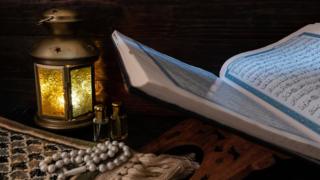 Getty Images
Ramadan is an important time of prayer and reflection
How has it been?

He says it is hard for him as he is the only Muslim in his class so his friends at school aren't fasting.

He has been able to take the school dog, Frank, for a walk at lunchtime to help him not feel too hungry but says he gets very thirsty, especially on hotter days. 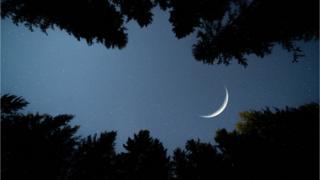 Zaavier says as soon as he is able to eat in the evening he has a big dinner and lots to drink to catch up with what he has missed during the day.

"I've never had that much water in my life, I thought that I could drink the whole entire ocean, which I basically did because I drank like seven glasses of water. And I ate like a whole plate full of food," he said.

He has also been learning to cook new dishes to make for his family when he celebrates Eid.

Zaavier decided to tell people about his first Ramadan to raise money for food charity Human Appeal which gives out food parcels to people in need.

He said: "I really wanted to show that Ramadan was all about giving back to your community.... I am choosing to fast, but so many people just don't have anything to eat.

"I think it's important to make sure they have food to eat and I want to raise awareness of what Ramadan is about."

He is aiming to raise £5,000 and so far has more than half that total.

Have you been fasting this Ramadan? If so how was it and what are you doing for Eid this year? Tell us in the comments below.

Eid al-Fitr and Eid al-Adha: Why are there two Eids?

Children tell us about their faith

Be a garden wildlife helper this summer