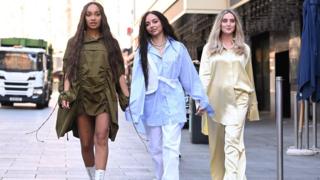 Little Mix spoke to BBC Breakfast about their new chart topping single Confetti and life as a trio, after former band mate Jesy Nelson left the group in December for mental health reasons.

The group, who were put together on The X Factor 10 years ago, are the most successful band in UK history.

Here are six things you need to know about their interview.

Jesy Nelson: I didn't know I could be this happy

Little Mix's Leigh-Anne is having a baby! 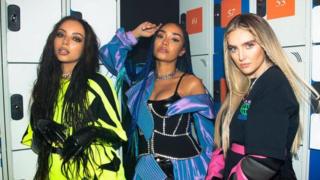 The group released their new single Confetti on 30 April and the music video has already had over 8 million views!

It's a new version of the song featuring US rapper Saweetie and is Little Mix's first single since Jesy left the band.

Speaking about the album, which was released last Autumn, Jade said: "The Confetti album is a celebration of us being together for 10 years."

Perrie added: "When we made this album, we just wanted to make music we loved and made us feel good." 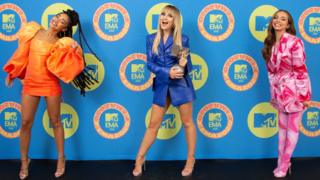 The group spoke about how having a great friendship has allowed them to stay together for so long.

Perrie said: "We still can't believe it's been 10 years...we've had such an amazing, fun ride."

Leigh-Anne said that the fact they get along so well has kept the girls together. "It's the most important thing," she explained.

She went on to say: "We were just lucky that they put girls together that just clicked...for us friendship is the one thing that's driven this whole thing." 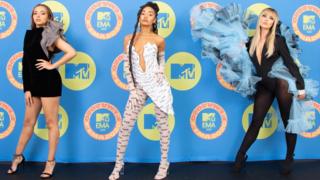 Little Mix have decided to carry on despite Jesy's departure.

Jade explained that: "We've had to adapt when it comes to our existing music.

"It's definitely been a weird shift but we're getting on with it and we as a three weren't ready to call it a day yet. We love doing this and being in Little Mix. 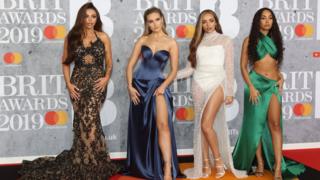 Getty Images
The group attended the BRITs in 2019

There will be live performances and a small live audience at this year's BRITs which is taking place on 11 May.

Perrie said "Let this be our chance. Females have never won this award, it's time we win this award and make history".

5. Impact of the pandemic 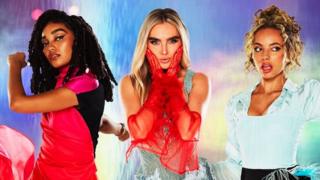 Little Mix / Twitter
Little Mix only announced their Confetti tour in November last year and it was due to start in April. It will now be pushed back to April 2022

The group talked about how the coronavirus pandemic has impacted them.

Jade explained that "the whole music and entertainment industry have struggled" as gigs, events and festivals were cancelled. The band are postponing their tour until next year.

She said that: "last year we ended up doing a whole campaign via social media instead of doing the usual promo trips and travelling the country. We had to learn how to adapt."

The girls kept in touch over zoom and group chats. Jade is "known in the group as being the nana when it comes to technology" so had to learn how to zoom the other band mates.

"We are excited to see people in real life again and start performing again, "Jade added.

Leigh-Anne added: "being able to see the fans and see them singing back our songs, we miss it so much. But luckily we are going on tour next year so we are looking forward to that."

Perrie said: "Our diaries are always jam packed for two years [in advance ] so to come to a halt was quite intense for us... but I think we've actually enjoyed the little break but being back to work has been the most amazing thing ever. We've missed it so much." 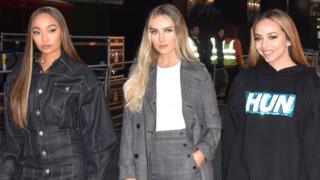 Jade spoke about the importance of being open and honest with fans about their mental health.

She said: "we're very passionate about being vocal about our mental health and any experiences we've had because we feel like it does encourage, particularly our younger fan base, to talk about it and normalise the idea of being open about how you're feeling.

"It's incredibly important to us to always communicate with the fans and encourage them to" share how they're feeling.

Are you a Little Mix fan? Let us know in the comments.

Mario, Avatar and a trailer-tastic Microsoft light up E3