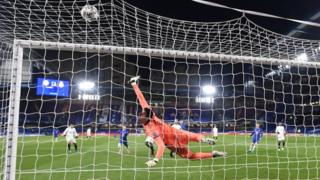 For the second time in three years we're going to see an all-Premier League final in the Champions League.

It's after Chelsea beat the record 13-time European champions Real Madrid 2-0 at Stamford Bridge, winning 3-1 on aggregate over the two semi-finals.

Who's playing who as the Champions and Europa League come back! 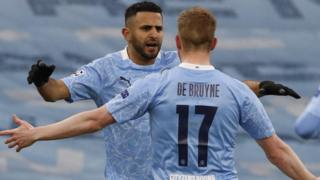 The Champions League final will take place in Istanbul in Turkey on 29 May.

Chelsea beat Man City in last month's FA Cup semi-final and also face them in the Premier League on Saturday.

What does 'on aggregate' mean? 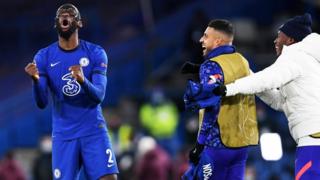 PA Media
Antonio Rudiger's joy was clear to see when the final whistle was blown
How did Chelsea get to the final?

The team has seen big improvements since Tuchel took charge in January.

A top-four league finish in the Premier League is within their grasp, and they will start the FA Cup final against Leicester as favourites. 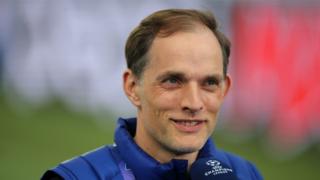 Former Chelsea and Scotland winger Pat Nevin said: "Even though Manchester City can win the Premier League title against Chelsea on Saturday, it's a far bigger game for Chelsea.

"This could be the biggest season in Chelsea's entire history. They could win both Champions Leagues - men's and women's - win the FA Cup and finish in the top four. 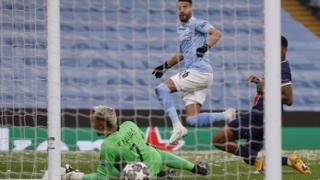 How did Man City get to the final? 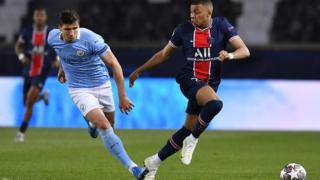 Despite having superstars like Kylian Mbappe and Neymar in their squad, PSG were beaten home and away by Man City.

City have already won the League Cup this season and are one win away from the Premier League title.

Champions League and Europa League: Who are British teams playing?

Charity tells kids to reduce screen time and get active

Your messages on Thank a Teacher Day