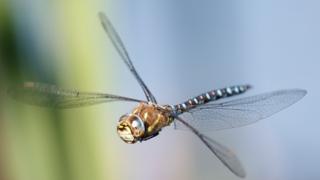 300-million-year-old dragonflies are helping to create technology of the future!

That's according to a team of researchers from the University of South Australia who have been studying the similarities between a dragonfly and a drone.

"Dragonflies are supremely efficient in all areas of flying. They need to be," said Javaan Chal, the professor who is leading the research.

The research being done is the first of its kind in the world, and the team hope that by studying the way dragonflies move, they can create a more energy-efficient drone model.

Why butterflies are 2019 winners

How phone tech is being inspired by bats 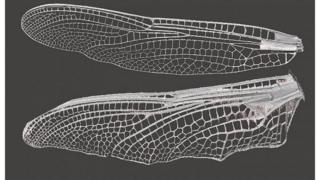 University of South Australia
This is a visualisation of dragonfly wings
What is special about a dragonfly?

When flying, a dragonfly will hover, cruise and even use aerobatics. They have evolved their flying technique over 300 million years.

The team wanted to harness the unique flight patterns and use them in new drone designs. They found that dragonflies can turn quickly at high speeds and take off while carrying more than three times their own body weight!

However, the researchers said that it was extremely hard to capture the dragonflies so they had to be creative when studying the insect.

They made 3D printed models of dragonfly wings and other body parts to study, using 75 different species of dragonfly from museum collections.

Dragonfly wings are long, light, and rigid with a high lift-to-drag ratio which gives them superior aerodynamic performance. 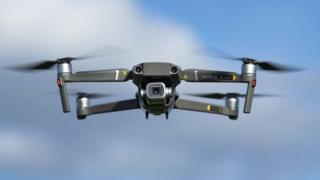 Getty Images
Drones like this one are used to take videos and photographs
Why are drones important?

Not only are they used for personal use to take photographs and videos, but they are also used by services such as the armed forces.

During the pandemic, some drones were even used to drop off essential items to people who were isolating.

The research team hope to design a drone that will be safer to be around people and also hope a lighter and more delicate drone would be better for exploring more parts of nature.

Coronavirus: Drones to drop off library books in America