Star Wars Day: How are you celebrating May the 4th? 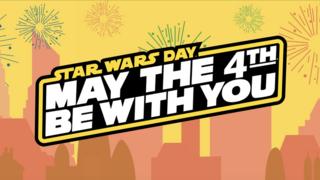 DISNEY/LUCASFILM
May the 4th be with you is a play on the famous line: "May the force be with you."

'May the 4th be with you' could be something you hear a lot today!

The day has been recognised since 1999, and each year fans like to mark the occasion.

This year, there will be new releases, games and even fan art take over on Disney Plus.

So you don't have to pack off to a galaxy far, far, away - you can celebrate at home! 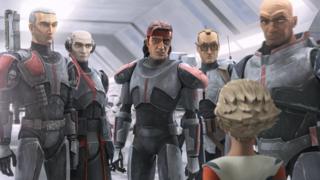 What better day to release a new original Star Wars series than on May the 4th!

Star Wars: The Bad Batch is a new animated series, made in the same style as The Clone Wars. You can watch it on Disney Plus.

The new series is set immediately after The Clone Wars.

Have you been looking forward to watching, will you be tuning in today?

Look out for new games

Fans have been told to keep their eyes peeled for some super savings on certain Star Wars games and merchandise.

To mark Star Wars Day many places will be have special offers on some of the games and other Star Wars items. 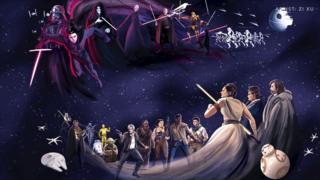 Disney Plus and Lucasfilm - the owners of Star Wars - have come together to help fans celebrate Star Wars.

They have announced they'll be using fan art to illustrate the Star Wars sections of Disney Plus.

Fans from all over the world have submitted their artwork and it will be displayed on Disney Plus until 9 May 2021. 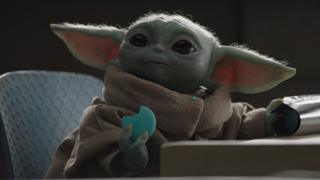 How about making your own space food?

You could make super blue space cookies inspired by The Mandalorian.

Or you could dress up as your favourite characters and watch some of the films.

You could even write your own Star Wars story.

Test your Star Wars knowledge with our quiz!

However you choose to celebrate let us know in the comments!