Scottish independence is a very big issue in Britain, but what does it mean and why is it so important to many people in Scotland?

At the centre of the issue is the fact that Scotland is a country, but so is the United Kingdom, which Scotland is a big part of. Scottish people are both Scottish and British - just as people in England, Wales and Northern Ireland could describe themselves as being from two places.

It can be confusing, and for people in Scotland how Scottish they feel versus how British they feel is different for each person.

But how did the two countries come to be joined, and why is the issue of independence such a big topic in Scotland?

Scotland and the UK 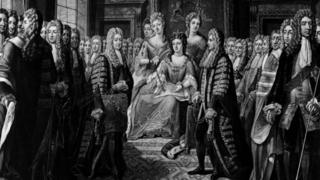 Getty Images
The Articles of the Union of the Parliaments of England and Scotland are presented to Queen Anne at court by the Duke of Queensberry on behalf of Scotland, 1707
How did the two countries merge?

The first proposals to join the Kingdom of Scotland and the Kingdom of England (which included Wales) came in 1689, when William III who was King of both, suggested to the parliament in Edinburgh that the two areas - England and Scotland - could merge.

By 1706, the Acts of Union started passing through the two parliaments in Edinburgh and London. On May 1, 1707, the acts came into effect creating the Kingdom of Great Britain. The single parliament for the whole Kingdom would sit in Westminster, London. 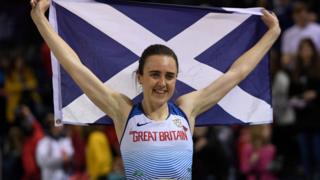 That Kingdom still exists today, and now includes Northern Ireland. However, in recent years there have been changes to how the Kingdom functions.

Some powers remained with the parliament for all the UK, still based in Westminster. These included things like defence and relations with other countries. 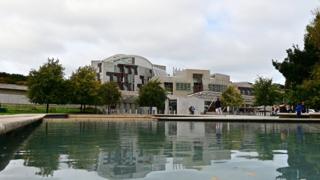 Getty Images
The Scottish Parliament, known to many as Holyrood
What is independence and what would it look like?

Some people thought the change should be bigger and Scotland should go back to being completely in charge of itself.

This is called independence. In 2014, people in Scotland were asked if they wanted to make this change. A majority, 55%, said 'no' to the idea and Scotland remained part of the UK with control over some issues. 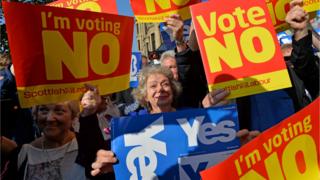 Getty Images
People campaigning for both sides during the 2014 vote

How the two countries would separate themselves would be an enormous question for decision-makers on both sides of the border. The issues would range from what people would have to do to travel between the two countries - would you need a passport, for example - but also how to divide up resources like the UK's military or power plants.

It would be complicated, but if people in Scotland said they wanted to be independent it would be down to politicians to answer those questions. 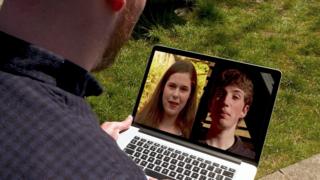 "I believe Scotland should become an independent country because there is a lack of trust and accountability between Scotland and Westminster," says Phoebe, who is 16 and says she would vote in favour of Scotland leaving the UK if there was an election.

"We do have the resources to cope [with leaving the UK] and actually it would be a positive thing because we'd have much more control over where [the Scottish government] spends our money," says Phoebe.

However, the issues is one that has plenty of support on both side.

"I'm proud to be Scottish, but I'm also really proud to be British," says Seb, who is also 16, but says he would vote to stay part of the United Kingdom if there was a vote.

"We have so much security being part of the UK, that leaving that would make us smaller," he says.

One thing the two sides do agree on is how important the issue is to young people in Scotland.

"Young people are passionate about what's going on, because it affects them," explains Phoebe.

"We're the people that are going to have to live with these decisions for the rest of our lives."

Seb agrees, describing the debate as "huge in Scotland."

"Everyone has an opinion on it, a lot of my mates think differently to me and we have a lot of banter about it."

The independence debate is a big issue in Scotland - a recent survey found Scots thought it was as big an issue for the UK as the environment. So, the questions over how the country should be governed won't be going away anytime soon.