India's healthcare system is in trouble as a record rise in Covid-19 cases puts pressure on hospital beds and drains oxygen supplies.

The capital, Delhi, is one of the worst-hit areas, with many hospitals full and many refusing to take new admissions because of uncertainty over supplies for treating those who are ill.

Oxygen-equipped ambulances are in short supply and it's becoming difficult for families to transport patients to hospitals even if they find a bed.

What are the coronavirus rules where you live in the UK?

Where are we up to with Covid vaccines?

What is being done to try and help?

Some travel restrictions have been introduced because of fears over rising infection numbers in neighbouring countries.

The Indian Prime Minister Narendra Modi has also urged people to get vaccinated, saying "this storm has shaken the nation".

Some states have imposed lockdown orders, including the capital Delhi, and the Prime Minster is under pressure to call a lockdown nationwide, but he says this will only be done as a last resort.

The US, UK, France, Australia, Germany and other countries have reached out to India, following the huge rise in the number of cases. 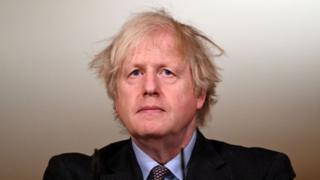 The UK is one of the countries offering support, sending equipment to help support the struggling health services there.

In the US, White House spokesperson Jen Psaki said the country was "working closely with Indian officials at both political and experts level to identify ways to help address the crisis".

Last week a record of 412,262 single-day infections was set, putting it at the centre of the pandemic, which has been lessening in many other countries.

Journalists in some cities have challenged official figures, with some estimating that the number of people who have died from the virus is much higher than what is being reported.

Upset by something you've heard in the news?

Why are cases so high in India? 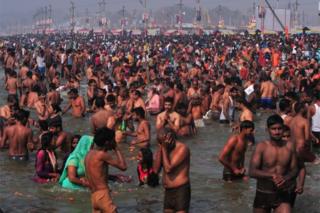 Cases have skyrocketed during India's second wave for a number of reasons.

Health and safety rules, such as social distancing and wearing masks, have not been strictly enforced throughout the country.

Millions of people also attended a Hindu festival, the Kumbh Mela in April with a mass dip in the River Ganges.

This would have increased the chance of the virus spreading due to the amount of people in close contact with each other.

In 20 years of working in intensive care, I have never seen anything of this kind, ever.

New versions of the virus have also appeared, which is thought to be speeding up how quickly it can be passed from person to person.

Dr Saswati Sinha, who works in the eastern city of Kolkata, said emergency rooms and wards were packed full. Some patients are having to share beds because it is so busy.

"We are getting direct calls from our patients, our acquaintances, our neighbours: they are pleading with us to be able to accommodate some of their next of kin. But unfortunately, our situation is such that, although we are trying our best, we still have a huge number of patients whom we are not able to accommodate," she told the BBC. 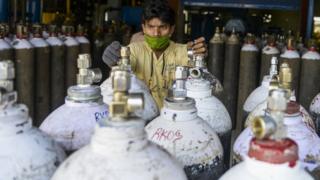 One of the main affects of Covid-19 is that it can infect someone's lungs.

Damaged lungs are less effective at allowing oxygen (O2) breathed in through the air to be transported into the bloodstream and round the body.

So when people are admitted to hospital with Covid-19, they're given medical oxygen to increase the amount of O2 in the lungs and the blood to try and help people recover.

However, Maharashtra, the worst-hit state in India, doesn't have enough oxygen.

This is because hospitals are struggling to deal with the huge numbers of people coming in for treatment all at once.

The Indian Air Force is being used to lift oxygen tankers and supplies to different parts of the country. 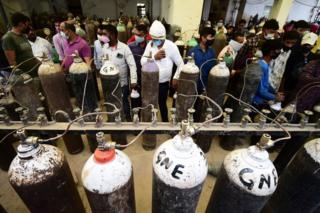 Typically, healthcare facilities use up about 15% of oxygen supply, leaving the rest for industrial use.

But it's thought that during India's second wave nearly 90% of the country's oxygen supply is being taken up for medical use.

That's nearly three times higher than at the peak of the first wave in mid-September last year.

Can people travel from the UK to India? 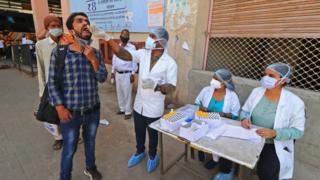 India has joined the UK's travel red list - effectively banning travel - as a second wave of infections sweeps the country.

British and Irish nationals can travel to the UK from India, but they must now isolate in a government-approved hotel for 10 days when they arrive.

Travel to the UK is banned for all others who have been in red-list countries in the past 10 days.

There are 40 countries on the government's red list across the Middle East, Africa, Asia and South America.

97 comments
Back to top
unknown