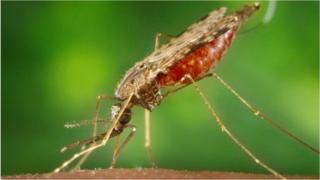 Getty Images
Malaria is spread by the bite of infected mosquitoes

The successful trial of a new malaria vaccine could help save millions of children all over the world.

That's the hope of scientists from The Jenner Institute at Oxford University who have been testing their vaccine on 450 children in the African country of Burkina Faso.

They've found that the vaccine was 77 percent successful against the virus in the trial and will now test it on a larger scale in four countries.

An estimated 400,000 children die from malaria every year and scientists have been trying to create a vaccine to fight it for over a century. 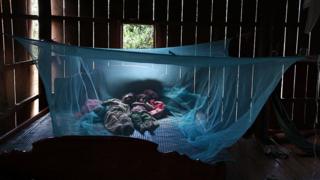 It's a disease caused by a parasite spread by a particular kind of mosquito - the Anopheles - which bites people at night-time.

It's a huge problem in countries across Asia, Africa and South America.

Most cases occur in Africa and the disease is particularly harmful to young children.

Malaria is one of the most deadly diseases on Earth. The World Health Organisation estimates that more than 600,000 people die from it every year.

What's being done to prevent malaria? 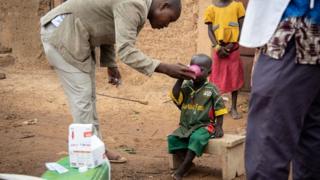 The Oxford vaccine is the first to meet the World Health Organisation (WHO) goal of being 75 percent effective against malaria.

Lots of other institutions have been trying to make an affordable and effective vaccines but nothing has come close to the results of the Oxford vaccine.

A vaccine developed by GlaxoSmithKline is being piloted by the WHO in parts of Kenya, Ghana and Malawi. 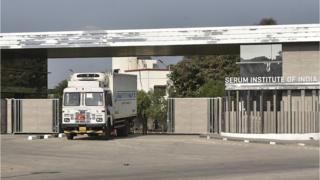 Professor Adrian Hill, who helped make the Oxford vaccine, said he thinks the vaccine has the potential to help dramatically reduce the number of people who die from malaria.

"What we're hoping to do is take that 400,000 down to tens of thousands in the next five years, which would be absolutely fantastic," he said.

He said the team is looking to get emergency approval for the malaria vaccine just as it did for Covid-19.

"I'm making the argument as forcefully as I can, that because malaria kills a lot more people than Covid in Africa, you should think about emergency-use authorisation for a malaria vaccine for use in Africa. And that's never been done before."

The vaccine will be produced on a big scale and at low cost at the Serum Institute of India where the Oxford Covid-19 vaccine was also manufactured.

It still needs to be approved to be used and Hill thinks the at the earliest it will be approved by the WHO by the end of 2022.

If this happens, the Serum Institute of India has committed to delivering 200 million malaria vaccine doses a year.