UK to get new weather forecasting supercomputer in 2022 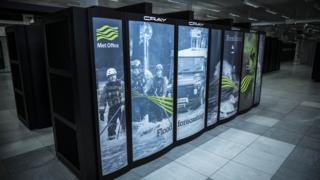 A new weather forecasting supercomputer being built in the UK could provide more accurate weather predictions and a better understanding of climate change.

The Met Office is working with Microsoft on the project, with the UK government also planning to invest £1.2bn.

It is expected to be up and running in the summer of 2022, and be one of the top 25 supercomputers in the world.

That will, in theory, allow it to process more data, more quickly.

It's not yet been revealed where the supercomputer will be located, however, the Met Office said it would be in the south of the UK. 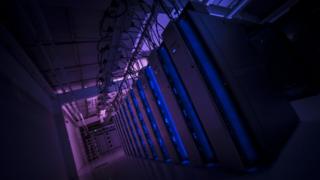 The Met Office said the technology would increase its understanding of the weather - and will allow people to better plan activities, prepare for bad weather and get a better understanding of climate change.

Microsoft plans to update it over the next decade as computing improves.

Morgan O'Neill, assistant professor at Stanford University, said: "Such a major investment in a state-of-the-art weather and climate prediction system by the UK is great news globally, and I look forward to the scientific advances that will follow."

"Working together we will provide the highest quality weather and climate datasets and ever more accurate forecasts that enable decisions to allow people to stay safe and thrive," said Penny Endersby, chief executive of the Met Office.

How do weather forecasters see into the future?

The Big Question: Why do seasons change the weather?