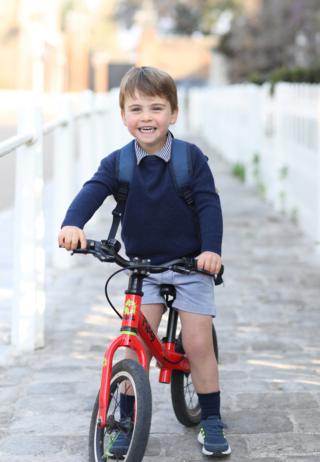 The Duke and Duchess of Cambridge have released a new picture of Prince Louis to celebrate his third birthday and mark his first day at nursery school.

The picture was taken at Kensington Palace by the duchess, before Louis set off for Willcocks Nursery for the first time on Wednesday.

In the picture, he's smartly dressed in shorts, a shirt and a jumper, and is sitting on a red frog bicycle with a rucksack on. 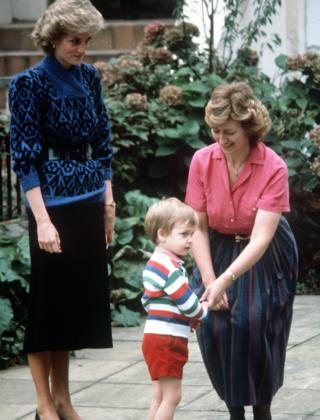 PA Media
This picture shows Prince William with his mother Diana, its said he "couldn't wait" to start nursery when he was dropped off by his parents in September 1985, BBC News reported at the time

Prince William and Catherine were said to be "delighted" to share the update.

His older brother Prince George went to nursery in Norfolk, close to the Cambridges' country home at Anmer Hall, Sandringham. 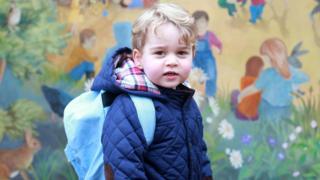 Duchess of Cambridge
Prince George enjoyed his first day at a nursery school near Sandringham, Norfolk in January 2016

Louis, who is fifth in line to the throne, is the latest member of the Royal Family to attend a private nursery school in a tradition that began with his father. 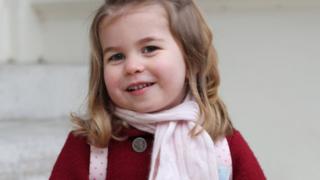 'Prince Philip: Kids remember when they met the duke

What happened at Prince Philip's funeral