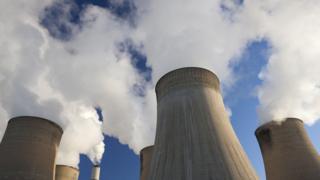 The UK government is announcing new climate change commitments - to cut carbon emissions to 78 per cent of 1990 levels before 2035.

Prime Minister Boris Johnson will talk about these plans when he addresses the US Leaders' Summit on Climate, hosted by President Biden.

Until now the government had been aiming to meet this target by 2050, but now they're moving it forward by 15 years after listening to advice from the independent Climate Change Committee (CCC).

If the 2035 target can be met, it would put the UK in a world-leading position compared to the speed at which other countries have been able to meet their targets.

Learn more about climate change and and carbon emissions here

Greta speaks to Newsround: 'Take action for the climate'

Mr Johnson said: "We want to continue to raise the bar on tackling climate change, and that's why we're setting the most ambitious target to cut emissions in the world."

The UK's ambition to tackle climate change has scaled up recently. In 2018, when the national target was still set at an 80% reduction, the same level of emissions cuts were expected to take twice as long.

The CCC say if the UK can meet its commitments earlier it will not only have benefits for the environment but will also help to save lots of money.

Where did the target come from?

Leo Murray, co-director of climate charity Possible, told Newsround it would be an "epic challenge", but the target could be "achievable and realistic" as long as the UK government start acting right away.

So what steps will need to be taken to achieve this?

Experts from the CCC say it will require more electric cars, low-carbon heating, renewable electricity and, for many, cutting down on meat and dairy.

While there has been a rise in the number of people driving electric cars, Leo says sales of bigger and more polluting vehicles have also increased as well, which has cancelled out the gains that would have been seen in this area.

For electric cars to be able to have a significant impact in reducing carbon emissions, the government will need to do more to get people using them. 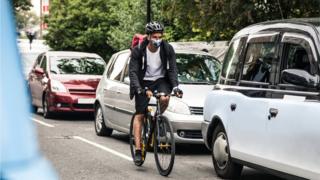 There is also a lot the government can do to encourage people to walk, cycle and take public transport to work and school, such as building more cycles lanes so people feel safe on the roads. More investment in alternative forms of transport like e-bikes and electric scooters can encourage people to choose them for longer journeys rather than taking a car.

Studies have said that most air travel is done by a small number of people, with around 15% of the population taking 70% of the flights, and when it comes to railways expanding on the use of those powered by electricity can help reduce the need for diesel power.

Leo says that although there hasn't been government policy to reduce the environmental impact of livestock and dairy farming, children and young people have been helping to make a big impact, with many becoming vegan and vegetarian. 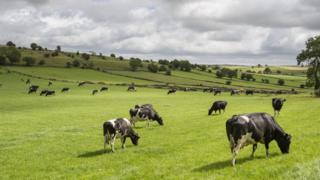 Photos by R A Kearton

The biggest problem here is methane emissions, with cows being the biggest cause, followed by sheep and pigs.

He says the government often find it hard to make policy in this area because they don't want to be seen as telling people what they can and can't eat. 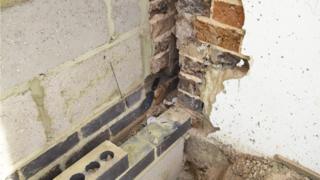 A lot of homes and buildings in the UK are much older than those found in other European countries, which means they are often very energy inefficient and poorly insulated.

One of the biggest jobs for the government will be to ensure homes are losing as little heat as possible as well as coming up with a plan to replace gas - which is currently used in 26 million homes - with electric methods of heating. 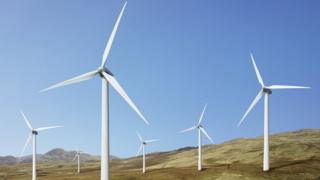 Continued construction of on-shore and off-shore wind farms as well as installation of solar panels will be key when it comes to decreasing the reliance on other forms of power.

Is the 2035 target achievable?

Roger Harrabin, the BBC's Energy and Environment Analyst, told Newsround that the announcement is "a really big deal".

"It's very ambitious and it sets an example for other nations because we're all in climate change together", he said.

But added: "The big question is whether the government will be willing to spend the money and create the policies needed to make the target happen. In the past it's often ducked out of difficult decisions."

Leo Murray, co-director of climate charity Possible, warned that although the CCC have told the government how they could meet this target, they don't yet have the policies in place to do this.

He added: "We're not on track to meet previous climate commitments and in many ways the government is still failing." 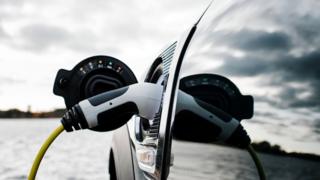 One of the world's biggest climate charities - Friends of the Earth - had a similar view.

Connor Schwartz, from the charity, said: "Targets for cutting emissions are important, but without the right policies they won't be met. The UK government is already struggling to meet its existing, less ambitious climate goals.

He added: "Boris Johnson's government may want to show global leadership ahead of this year's crucial climate summit, but with its backing for new roads and airport expansion, and huge financial support for a mega gas development in Mozambique, it won't be taken seriously."

With the UN climate summit, COP26, due to take place in Glasgow later this year, the UK is urging countries and companies around the world to join the UK in delivering net zero globally by 2050 and set ambitious targets for cutting emissions by 2030.

Climate change: UK promises to cut emissions by two-thirds in next 10 years