Covid-19: Crowds to be trialled at events in England 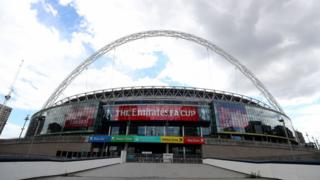 The government has announced it will begin trialling crowds at a series of events in England, as part of plans to ease the country out of lockdown.

The FA Cup semi-final on Sunday between Leicester City and Southampton at London's Wembley Stadium will host a crowd of 4,000.

It will be the largest crowd to have watched a football match in a major British stadium for more than 12 months.

The first event in the trial - the World Snooker Championships - began on Saturday, with a reduced crowd of 213 watching at Sheffield's Crucible Theatre.

Other events planned as part of the pilot scheme include a mass participation run at Hatfield House in Hertfordshire, and several events in Liverpool including an open-air gig, a business conference and a cinema screening in the city. 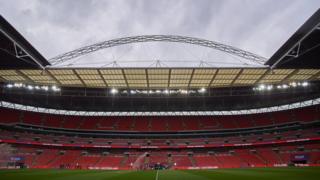 Spectators of the snooker and football this weekend will take part in a research project, the Events Research Programme, that will determine how quickly sports tournaments can open to the public this summer.

Fans attending have to show a negative Covid test result, sign a consent form, show photo identification and their e-ticket, as well as logging in to the NHS track and trace app.

Culture Secretary Oliver Dowden told the BBC: "The plan is to look at factors like one-way systems, ventilation within a stadium and how you interact in terms of getting to and from the venue.

"We will be testing them before and after to look at spread and look how they behave in the stadium.

"We're not just chucking everyone into the stadiums, it is being done in a very controlled way and the purpose is to get the rules set can so it can be as safe as possible from the 21 June."

Under the government's roadmap for easing lockdown in England, large events can restart from 17 May at the earliest - but with limits on audience numbers. 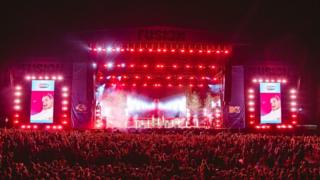 Music fans in Liverpool are also to get the chance to enjoy a near-normal gig as part of the government pilot event.

The 5,000-strong crowd outside in Sefton Park on 2 May will not need to be socially distanced or wear face coverings.

But they will also have to provide proof of a negative Covid test to gain entry.

Ticket-holders will be required to take a Covid test after the event too.

Health Secretary Matt Hancock said the results from the concert would "inform our approach to ensuring future big events can take place safely".

The Welsh government is planning to hold a series of pilot events for audiences of up to 1,000 people after 12 April.

A target date for the restart of large events in Scotland and Northern Ireland has not yet been set.