Prince Philip funeral: What are the plans?

This is what we know about the event.

Where is the funeral taking place? 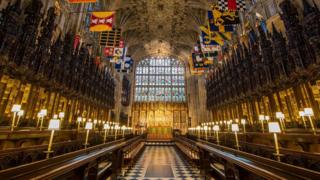 The ceremonial royal funeral will be held at St George's Chapel, in the grounds of Windsor Castle, at 3pm on Saturday 17 April.

The procession and service will be televised.

Who will attend the funeral? 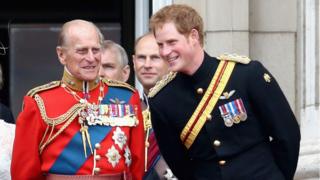 Getty Images
Prince Harry, who stepped down as a senior royal last year, will attend

The guest list includes members of the Queen and Duke of Edinburgh's families, including three of his German relatives.

Prince Harry will attend but his wife Meghan, who is pregnant, will not make the trip from the US, on medical advice. It is the first time the Duke of Sussex has returned to the UK since stepping down as a senior royal last year.

Attendees are expected to wear masks in line with government advice.

What will happen on the day? 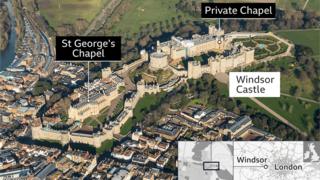 Prince Philip will have a ceremonial funeral, rather than a state funeral. State funerals are usually reserved for monarchs - Kings or Queens - although wartime Prime Minister Winston Churchill was given a state funeral.

Ceremonial funerals are for members of the family who have served with distinction in the military, royal consorts and even the heir to the throne. The Queen Mother had a ceremonial funeral in 2002, as did Diana, Princess of Wales in 1997.

Coronavirus restrictions on crowds and numbers attending funerals mean the duke's ceremonial funeral will be much smaller than if it had happened in other times - although the Palace says this very much "reflects the duke's wishes" and it will still "celebrate and reflect" a life of service.

There will be a procession inside the grounds of Windsor Castle. The armed forces will line the route and members of the Royal Family, including the Prince of Wales, will walk behind the coffin to St George's Chapel.

At 3pm a minute's silence will be held nationwide, in memory of the duke.

The duke's coffin will be draped in his personal flag, known as his Royal Standard. The flag represents elements of his life, from his Greek heritage to his British titles. His medals will also be displayed on the altar. 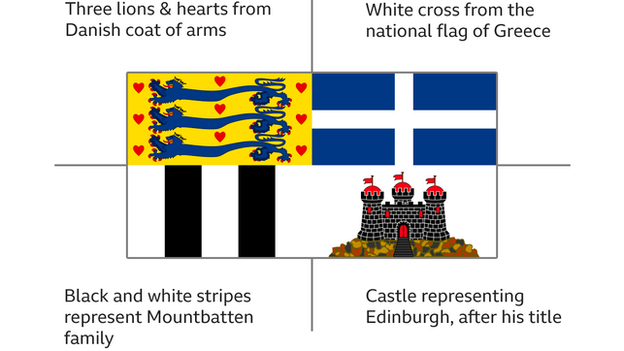 How can the public pay their respects?

Members of the public have been asked not to try to attend any of the funeral events, in line with public health advice.

The Royal Family has also asked people not to leave flowers and tributes at Royal residences.

On the Royal Family website, members of the public are asked to consider making a donation to a charity instead of leaving floral tributes in memory of the duke.

An online book of condolence is also available for the public to post their personal tributes.

What happens after the funeral?

The period of national mourning ends on the day of the funeral.

The Royal Family will continue to observe two weeks of mourning - but members will attend engagements wearing black mourning bands where appropriate.

Prince Philip: Prince Harry coming back to the UK for grandfather's funeral