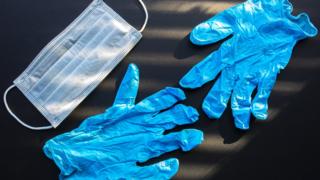 Special thermal heating machines which convert used plastic masks and gowns into reusable plastic blocks have been bought by five hospitals in the UK.

The equipment turns hospital plastic waste such as gowns, curtains and single-use masks into metre-long blocks.

The blocks are then redeveloped into a range of new products including school chairs, bins and toolboxes.

Find out why plastic waste is such a problem:

'Staggering' amount of plastic pollution by 2040 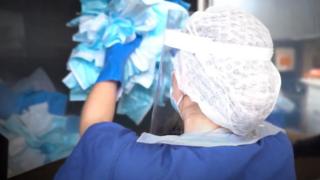 The company which developed the technology - Thermal Compaction Group - says that 11 other hospitals are due to receive the technology.

It also says that the machine reduces waste by around 85 percent.

The machine squishes and melts down a material called polypropylene, which is widely used in plastic masks and gowns.

The high temperature of this melting process also sterilises the plastic waste getting rid of any bad or harmful germs, according to TCG. 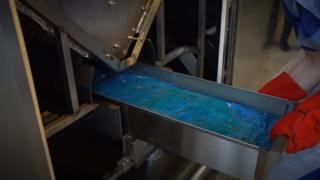 Royal Cornwall Hospital
The waste is melted into plastic blocks which can be made into bins, school chairs and other items

Since the coronavirus pandemic began, tens of thousands of tonnes of single-use plastic waste has been created.

It's estimated that 53 million single-use face masks are being used in the UK each day, which is the same as about 55,000 tonnes of waste over the last 12 months.

By recycling used PPE plastic can be turned into new useful things instead of being thrown away.

Have you been affected by your school bubble popping?