Celebrities come together to save Ethiopia's frankincense forest 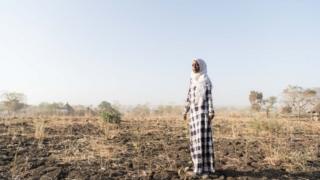 Lots of famous faces are getting involved in a campaign to help save a special forest in Ethiopia.

The Future Forest Appeal, run by the charity Tree Aid, aims to provide communities living in the town of Metema, located in the northwest of the East African country, with the tools needed to restore around 10,000 hectares of degraded forest.

Much of the land in the area has become infertile and unsuitable for growing crops, trees have disappeared, temperatures have risen and desert like conditions are spreading.

Celebrities including wildlife expert and conservationist Chris Packham and actresses Joanna Lumley and Zoe Wanamaker have all shown their support for the appeal.

Want more stories about the environment?

'I felt worried before I become a climate activist'

Cleaning one million miles of the UK

Climate change is biggest threat to US coral reefs

Why is the Metema forest so important? 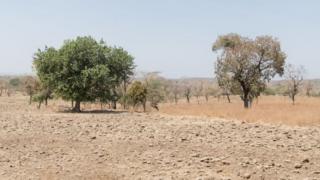 The Metema forest in Ethopia is made up of Boswelia trees. They're known for producing a substance called frankincense, which is a precious tree resin that is used in essential oils around the world.

Without the necessary actions being taken, it's believed the forest could become extinct in 20 years, negatively impacting the people living in the Sahel region.

Tree Aid says the Future Forest Appeal will work with close to 3,000 households to increase the money they're able to make from sustainable frankincense production by 25%, while protecting and restoring 9,563 hectares (23,630 acres) of forest at the same time.

"People in the Sahel are living with the devastating effects of our global climate crisis," said Chris Packham.

"Temperatures are rising, land is becoming infertile and the desert is spreading south, like a wave in slow-motion.

"I urge people to support the Future Forest appeal to back this inspiring African solution to the climate crisis," he said.

The Future Forest project is part of the wider "Great Green Wall" campaign which is looking to restore 8,000 kilometres, which is equivalent to about 5,000 miles, of land across the continent of Africa.

The project will see the planting and regenerating of trees, water and soil conservation and the protection of existing forests, many of which have been badly hit by the climate crisis. Local communities will also be trained and equipped with the right tools to protect their resources.

Tree Aid's scheme aims to prevent the further spread of the Sahara Desert which could threaten people's food security and jobs. Once complete, the Great Green Wall will be the largest living structure on the planet, according to the charity.

WWF: Forests twice the size of the UK were destroyed in just 13 years, new report says

Climate Change: What is COP26, and why is it happening in Glasgow in 2021?