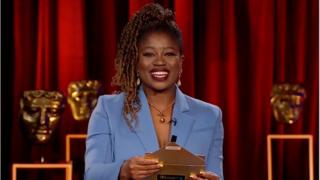 The biggest film award ceremony in the UK - the Bafta's - is taking place this weekend with winners already announced.

In the first part of the two-night event actor Noel Clarke - who you might recognise from Doctor Who - won the outstanding British contribution to cinema award. He dedicated it to "my young black boys and girls out there that never believed it could happen to them". 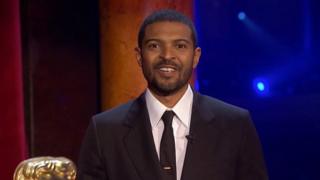 Other winners include The Owl and the Pussycat which won best British short animation and the film Rocks, a British film starring a group of teenage girls, many of whom had not acted before, which won the award for best casting.

The Duke of Cambridge was due to appear in a pre-recorded section of the ceremony, but pulled out following the death of his grandfather, the Duke of Edinburgh.

Instead the event's host DJ and former Strictly contestant, Clara Amfo, paid tribute to Prince Philip who had been the first president of Bafta (the British Academy of Film and Television Arts) from 1959-66.

The second part of the ceremony will be hosted by Edith Bowman and Dermot O'Leary and will be shown on BBC One at 7pm tonight. Prizes including best film, director and animated feature will be handed out, as well as the acting awards. 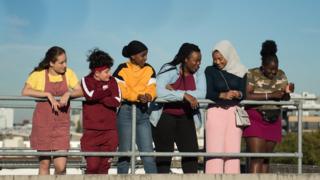 Altitude Films
Many of the young stars of Rocks, which won best casting, had not acted before

Nominees will appear remotely but some stars will be at the Royal Albert Hall in London to announce winners as well as some in Los Angeles, USA..

This year's Bafta's were delayed by two months because of the coronavirus pandemic, and come two weeks before the Oscars, considered the biggest film awards in the world, in America.

Oscars, Brits and Baftas: Are the big awards diverse enough?