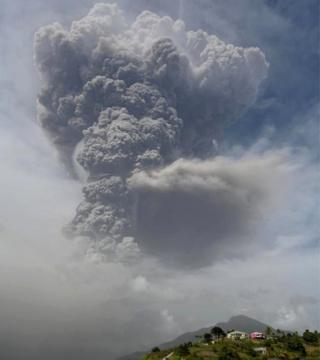 The Caribbean island of St Vincent has been covered in a layer of ash after a volcano began erupting there on Friday.

There is major disruption for islanders who are without power or water supply.

The eruption of the La Soufrière volcano has forced around 16,000 people to evacuate their homes.

The Prime Minister Ralph Gonsalves has called for calm.

Find out everything you need to know about volcanoes here. 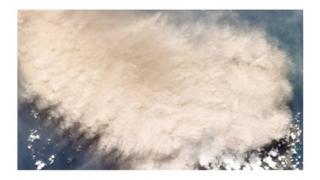 People living on the nearby island of Barbados have also been told to stay indoors as the ash spreads through the air.

The volcano was dormant for decades but started to become active in December. Scientists warn that eruptions could continue for days - or even weeks.