Prince Philip: The Duke of Edinburgh's Award for young people

One of the biggest projects Prince Philip started during his life was the Duke of Edinburgh's Award, a scheme aimed specifically at young people.

Known as the DofE for short, it involves a set of challenges for young people to help their community and environment, becoming fitter, develop new skills and complete an independent outdoors expedition.

There are three levels of award: Bronze, Silver and Gold. Those who achieve the highest gold award are invited to attend a special ceremony - at Buckingham Palace, for example - and many even met Prince Philip himself.

Prince Philip visited DofE groups both in the UK and across the world throughout his life up until his retirement from public engagements in 2017.

What does the Duke of Edinburgh's Award involve?

Any 14 to 24-year-old can take part and there are four sections to complete at Bronze and Silver and five at Gold.

They involve helping the community/environment, becoming fitter, developing new skills, planning, training for and completing an expedition and, for gold only, working with a team on a residential activity.

The DofE has become one of the duke's most remarkable achievements, equipping and empowering young people from all communities...

It takes most people about six months to complete the four sections of the bronze award. The silver and gold awards are more challenging and take longer to complete. 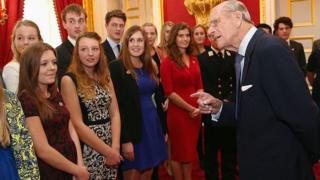 How did the Duke of Edinburgh's Award start?

Prince Philip was inspired by his time at school to set up the Duke of Edinburgh's Award.

He attended Gordonstoun, a Scottish private school, where there was a big focus on self-development and physical exercise. His headmaster there, Kurt Hahn, went on to help the duke set up the award scheme. 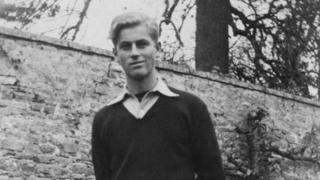 Getty Images
Prince Philip as a school pupil at Gordonstoun

The prince said he hoped the award scheme would help young people to achieve more: "If you can get a young person to succeed in any one activity, then that feeling of success will spread over into many others."

The DofE charity works with thousands of organisations across the UK - like schools, youth groups, voluntary organisations and young offender institutions - to run the scheme.

As well as the UK young people take part in more than 130 countries around the world. 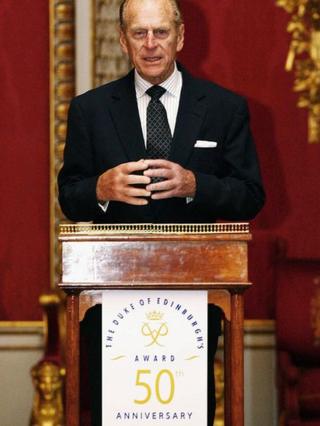 Duke of Edinburgh Award: Are these the best ways for teens to build confidence and resilience?