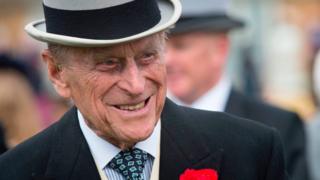 Tributes from around the world have been paid to the Queen's husband, Prince Philip, who has died at the age of 99.

A statement from Buckingham Palace said: "It is with deep sorrow that Her Majesty The Queen has announced the death of her beloved husband, His Royal Highness The Prince Philip, Duke of Edinburgh."

Speaking shortly after the announcement, Prime Minister Boris Johnson said: "Prince Philip earned the affection of generations in the United Kingdom and all over the world."

Who was Prince Philip?

Talking about his life achievements, the prime minister said: "He was the longest serving consort in history, one of the last surviving people in this country to have served in the Second World War where he was mentioned in dispatches for bravery."

He said he was an environmentalist and a "champion of the natural world long before it was fashionable".

What is a royal consort?

A consort generally refers to a wife, husband or companion of a reigning monarch. Prince Philip is the longest-serving consort in British history having been married to the Queen for 73 years.

The PM added that Prince Philip also "shaped and inspired the lives of countless young people" with his Duke of Edinburgh award scheme, and at tens of thousands of events "he fostered their hopes and encouraged their ambitions".

We mourn today with Her Majesty the Queen, we offer our condolences to her, and all her family and we give thanks, as a nation, and kingdom, for the extraordinary life and work of Prince Philip, Duke of Edinburgh. 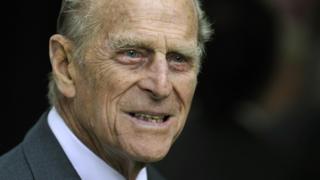 Reuters
Prince Philip (pictured) has died at the age of 99

The leader of the Labour Party, Keir Starmer, said the UK had "lost an extraordinary public servant".

"For more than seven decades, he has been at The Queen's side. Their marriage has been a symbol of strength, stability and hope, even as the world around them changed - most recently during the pandemic. It was a partnership that inspired millions in Britain and beyond."

Other leaders from across the UK have been sending their condolences to the Royal Family.

Scotland's First Minister Nicola Sturgeon said: "Our thoughts are with them at this difficult time and their grief is shared by people across the country."

The First Minister of Wales, Mark Drakeford, said Prince Philip would be "sorely missed by the people of Wales".

"Throughout his long and distinguished life, he served the crown with selfless devotion and generosity of spirit," he added.

Northern Ireland's First Minister Arlene Foster also offered her "deepest sympathies" to the Queen and the Royal Family "at this sad time".

Flags will fly at half mast on UK Government buildings in tribute to the Duke of Edinburgh from now until the morning after his funeral. 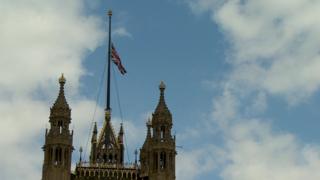 There have also been tributes to Prince Philip from leaders all over the world.

US President Joe Biden said: "Prince Philip gladly dedicated himself to the people of the UK, the Commonwealth, and to his family.

"The impact of his decades of devoted public service is evident in the worthy causes he lifted up as patron, in the environmental efforts he championed, in the members of the armed forces that he supported, in the young people he inspired, and so much more."

His legacy will live on not only through his family, but in all the charitable endeavours he shaped.

The Prime Minister of India Narendra Modi said: "He had a distinguished career in the military and was at the forefront of many community service initiatives. May his soul rest in peace."

Taoiseach of Ireland Micheál Martin said he was "saddened to hear of the death of HRH, Prince Philip, Duke of Edinburgh. Our thoughts and prayers are with Queen Elizabeth and the people of the United Kingdom at this time".

The Prime Minister of Australia Mark Morrison, said: "He embodied a generation that we will never see again."

King Carl Gustaf of Sweden described Prince Philip as an inspiration, saying: "Prince Philip has been a great friend of our family for many years, a relation which we have deeply valued. His service to his country will remain an inspiration to us all."

New Zealand's Prime Minister Jacinda Ardern said: "Our thoughts are with Her Majesty The Queen at this profoundly sad time. On behalf of the New Zealand people and the Government, I would like to express my sincere condolences to Her Majesty and to all the Royal Family." 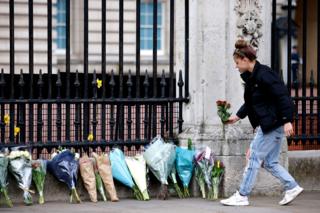 Members of the public are being asked by the government not to gather outside or lay flowers at royal residences because of Covid-19 restrictions.

The traditional method of delivering royal news, such as births and deaths, involves placing a framed plaque on the front gates of Buckingham Palace and it usually stays in place for 24 hours.

However, it has now been taken down to prevent crowds forming.

Prince Philip: Watch our special Newsround bulletin on his life