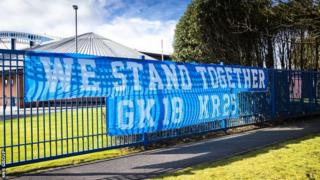 Football clubs including Swansea City, Birmingham City and Rangers are taking part in a week-long social media boycott on all platforms.

The aim is to fight abuse and discrimination, and comes at a time when many footballers have been subjected to racist abuse on social media.

Swansea was first to announce the ban after players Jamal Lowe, Ben Cabango and Yan Dhanda were racially abused on social media over the past two months.

‘FA not doing enough to support victims of racism’

The club's official accounts stopped posting from 17:00 on 8 April. Players and staff, including the first team, academy sides and the women's team, have done the same.

Swansea City captain Matt Grimes, said the purpose of the boycott was to try and bring about action from the companies behind social media platforms.

He said: "We wanted to take this stance as we again call on those at the forefront of social media companies to implement the change that is needed now and in the future." 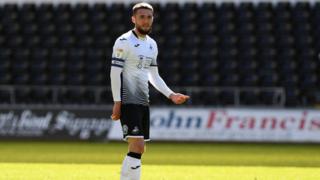 Birmingham City posted that they stood in "in solidarity with Swansea in the fight against abuse and discrimination of all forms across social media".

Rangers announced soon after that they would also join, after some of their players - midfielder Glen Kamara, and strikers Alfredo Morelos and Kemar Roofe - were targeted with racist abuse online.

Kamara said that he has faced racist abuse online "every day", after accusing another player of racism in a Europa League match in March. 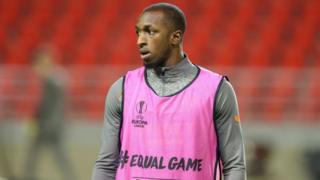 He told ITV News: "The online messages I've been getting, the racial abuse online: Instagram, Twitter, everywhere else. I feel like as the victim, it needs to be said."

In February 2020, Facebook said it was "horrified" at the online abuse of footballers and said it would make a change to the rules about direct messaging on Instagram, a platform it also owns. 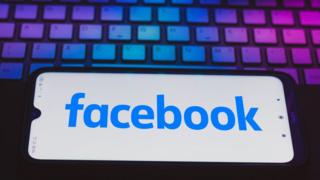 In the same month the UK government threatened social media companies with fines of up to "billions of pounds" if they fail to tackle abuse on their platforms.

Rangers say they are taking part in the hope social media platforms will force users to verify their identity before being able to post, which means it would be easier to tell who the person behind the hurtful comments are.

Rangers have arranged to meet Facebook and Instagram in order to raise their concerns, and the club's Managing Director, Stewart Robertson, added that government must step in and legislate if social media companies do not force users to verify their identity.

Meanwhile players from some other clubs are taking their own action when it comes to tackling abuse online.

Liverpool captain Jordan Henderson has given control of his social media accounts to anti-cyberbullying charity called The Cybersmile Foundation, with the aim of "raising awareness of how seriously online abuse can affect people".

Jordan is part of a group of former and current footballers who have held talks with the government on efforts to tackle rising levels of abuse and discrimination within the game.

He said he was close to coming off social media entirely, but has now decided to use his channels in a positive way and to provide direct access to education, reporting tools and support resources.

What have other clubs been saying?

Players from many other clubs have also been subject to abuse. Manchester United quartet Anthony Martial, Axel Tuanzebe, Marcus Rashford and Fred have also been targeted on social media and have called for action.

Fred has said: "We cannot feed that culture".

Online sites such as Facebook, Twitter and Instagram earn millions of pounds from football-related content, much of which is provided by clubs and players, so when clubs and players leave it can have a big impact.