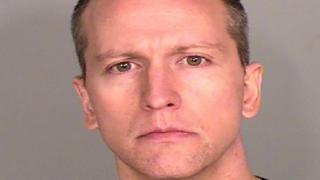 The trial of former police officer Derek Chauvin is taking place in the US.

Mr Chauvin is one of four police officers involved in the death of George Floyd, an African-American man who died after being held in police custody last year.

A video of Mr Chauvin kneeling on Mr Floyd's neck last year sparked protests against racism all over the world.

Mr Chauvin is on trial for second degree unintentional murder, third degree murder, and second degree manslaughter, and has denied the charges against him.

The trial started on 29 March and is expected to take at least one month before a verdict (or decision) is reached.

Who is George Floyd and what happened? 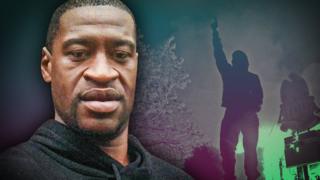 George Floyd was an African-American man who died after being held in police custody on 25 May last year.

Since then, the four police officers involved have been sacked and one officer, Derek Chauvin, has been charged with second-degree murder. The three others, Thomas Lane, J Alexander Kueng and Tou Thao, face charges of aiding and abetting, and their trial will begin later this year.

How does a trial work? 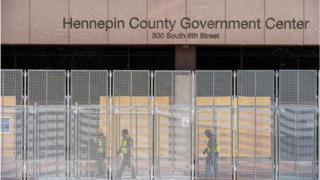 Getty Images
Fences have gone up around the Minneapolis courthouse

There are lots of different types of trials, but a criminal trial is a formal meeting in a law court, where a judge and jury listen to evidence and decide whether a person is guilty or not of committing a crime.

In a criminal trial there is a judge, a jury and defence and prosecutor attorneys (or lawyers) who are the legal representatives for the people involved in the trial.

The jury are a group of people who make a decision on whether or not a person is guilty, and in a trial there are usually 12 jurors. The jury is chosen by the attorneys from a list of people living in the local community, and should represent all types of people, races and cultures, and should be unbiased and fair in their judgement.

The judge is an important impartial person who is in charge of the trial. Their role is to decide what evidence can be shown to the jury. A judge is a bit like a referee in a game, they are not there to play for one side or the other, but to make sure the process is fair.

The process of a trial from beginning to end

This trial is interesting because it is the first time a judge has allowed three cameras to film a full criminal trial in the state of Minnesota, in the US, where the trial is being held.

This means that people outside of the courtroom can watch what is happening in the trial on TV or online.

The trial is expected to take a month before a verdict (or decision) is reached by the jury.

If Mr Chauvin is found to be guilty of second-degree murder - the most serious charge he is accused of - he could face up to 40 years in prison.

What has been said in the trial so far? 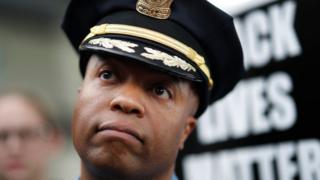 In the two weeks since the trial started, jurors have heard from medical experts, witnesses and police officers.

One of them was police chief Medaria Arradondo, who is in charge of the Minneapolis police, and was responsible for firing Mr Chauvin and the three other officers involved in the days after Mr Floyd's death.

He said that the way Mr Chauvin restrained Mr Floyd was not in line with training and "certainly not part of our ethics and our values".

The court has also heard from medical professionals and people who specialise in police training to discuss the facts of what happened.

An intensive care doctor called Dr Martin Tobin told the trial that he believes Mr Floyd died from a lack of oxygen due to the force used against him.

Why is this trial important? 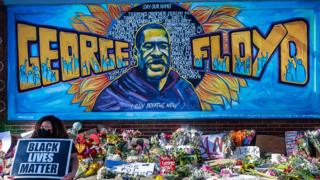 It is very rare that police officers in the US are charged, or convicted for a death that occurred in their custody.

This is partly because they can often argue that they feared for their lives, in defence of their actions.

The outcome of this trial is being looked at very closely as an example of how the US legal system will treat similar cases in future.

186 comments
Back to top
unknown