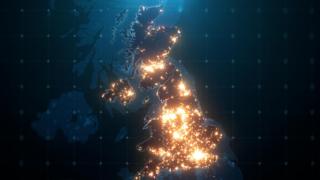 There has been a dramatic reduction in light pollution during lockdown, according to a nationwide star count organised by CPRE, the countryside charity.

The annual star count shows a 10% drop in severe light pollution compared to 2020 - meaning the UK saw the largest percentage of truly dark skies since 2013.

The nationwide star count was conducted between 6 and 14 February 2021, with nearly 8,000 counts submitted.

51% of those counts noted 10 or fewer stars, compared to a similar count at the same period of the year before which saw 61% of people saying they saw fewer than 10 stars.

Nasa has turned pictures of space into music 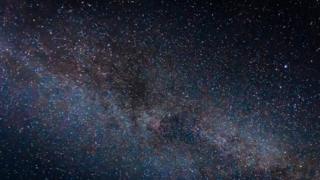 Getty Images
In areas where there is less light pollution, the stars are more visible

The reduction in light pollution is likely due to lockdowns that have been imposed in the UK over the past year due to coronavirus.

There has been less human activity happening everywhere, which has resulted in quieter than usual urban areas. According to CPRE, a similar pattern can be noticed in air pollution,

Light pollution can have an impact on human health, as well as animals - most notably affecting their natural cycles and behaviours. 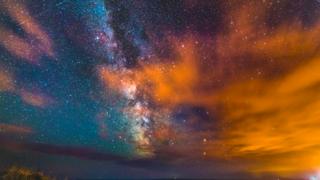 Getty Images
Have you ever been stargazing? Let us know in the comments!

Crispin Truman, chief executive of CPRE, the countryside charity, said: "Looking up at a starry night sky is a magical sight and one that we believe everyone should be able to experience, wherever they live. And the great thing is, light pollution is one of the easiest kinds of pollution to reverse".

So how can we attempt to reverse light pollution? Well Ruskin Hartley Executive Director of the International Dark-Sky Association thinks more public awareness will help.

"We believe that solving the problem of light pollution begins with knowing the problem exists", Ruskin continued: "As realisation turns to action, we look forward to working with CPRE to bring attention and resources to tackling night blight, bringing dark skies to more of the UK".