Meteor particles discovered in the Antarctic mountains thought to be 430,000 year old 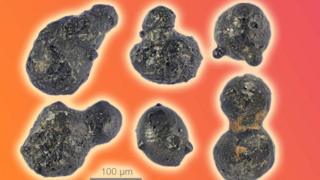 Meteor particles have been found in Antarctic ice dating from a collision with Earth 430,000 years ago.

It's a discovery that could help scientists learn more about asteroid landings and how often they may happen in the future.

Researchers found these extra-terrestrial particles on the Sor Rondane mountains in east Antarctica.

The discovery shows that there was a "low-altitude meteoric touchdown event", where melted asteroid material 100 meters in size splattered on the surface.

The research was published in Science Advances journal and explains how it is "critical to understanding the impact history of Earth and estimating hazardous effects of asteroid impacts".

More stories out of this world!

Nasa has turned pictures of space into music 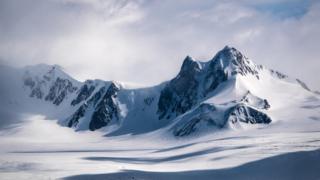 The impact of the debris was estimated to cover an area of 2,000km, which is bring described as "continental" in size.

Antarctica can be one of the best places to find meteorite remnants due to its cold and dry climate - the study also claims a lack of human presence is a factor.

Dr Van Ginneken conducts the research at the University of Kent, found the particles on his expedition to the Antarctica.

Dr Van Ginneken said: "To my great surprise, I found these very weird looking particles that did not look like terrestrial particles ... but they didn't look like micrometeorites either". 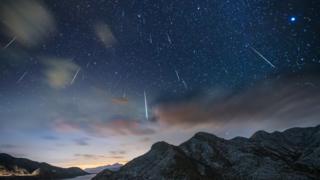 Getty Images
Did you know that shooting stars aren't actually stars? They are metoroids that are burning up in our atmosphere, and they look bright in the night sky!

Rest assured, Dr Van Ginneken, also said that meteorites such as this are not very likely to hit populated areas, as less than 1% of the earth is considered densely populated.

The study could help improve knowledge of the rate of past impacts - this could help understand how often a meteoric touchdown event could happen in the future.

Asteroid the size of a car has near-miss with Earth!