A major UK supermarket chain has made the decision to stop selling children's magazines which contain plastic toys.

Waitrose will remove magazines from shop shelves which contain single-use plastic toys and is urging magazine publishers to replace "pointless plastic" in the magazines. The decision is a similar one made by Burger King to remove plastic toys from their kids meals.

The decision was made after the company was influenced by 10-year-old Skye from Gwynedd, Wales, who has been campaigning to persuade publishers to stop using plastic toys in magazines.

Skye told Newsround: "I think that plastic is really bad… I've seen lots of photos of animals with plastic around them. Plastic breaks down into micro plastics so it's very bad for the environment and us too!" 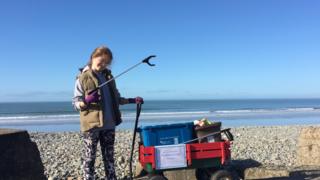 David Neville
In her spare time, Skye litter picks around her local village and picks up plastic
Skye's campaign

Skye is a litter picker in her village, and she wrote to the publishers of her favourite magazine, Horrible Histories.

Kennedy Publishers responded to Skye's petition and said they were "working very hard to make their magazines environmentally friendly", adding that the paper used for the magazines was from sustainable forests and the packaging was made by using recyclable materials.

Skye told Newsround: "I subscribed to magazines, some of them came wrapped in paper or not wrapped at all, and some came wrapped in plastic with a plastic toy. I wrote to the publishers and asked them why they used plastic and then started a petition."

Skye created a petition that gained almost 3,000 signatures and the issue was eventually raised in parliament.

"The petition went to parliament and within 2 days it got 10 MP signatures and 10 days later Waitrose decided to stop selling magazines with plastic toys and gave publishers 8 weeks to change it.

"We got really good feedback from the petition, even Greta Thunburg put it on her Facebook page and she has lots of followers so that gave us new signatures".

How the drinks industry is reducing single-use plastics 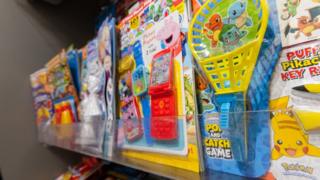 Skye's campaign influenced supermarket Waitrose's decision in stopping selling magazines that have plastic toys for children in them, to help fight plastic pollution, and over the next eight weeks they will be removing those that do from the shop's shelves.

The ban will not include educational or reusable craft items - these are items that can be used more than once, such as colouring pens and pencils.

Marija Rompani, partner and director of sustainability and ethics at Waitrose, said: "While we know these magazines are popular with children, some of the unnecessary plastic attached to them has become really excessive.

"Many in the younger generation really care about the planet and are the ones inheriting the problem of plastic pollution." 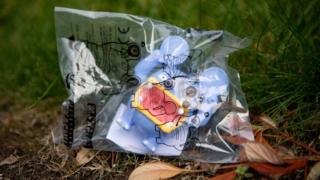 Skye isn't just stopping at Waitrose, she now wants to target more companies and publishers to encourage them to stop using single use plastics, as well as schools across middle and west Wales to get more children involved.

When asked for advice for other children getting involved on the action, Skye had this to say: "You can do it, I put my campaign onto social media and kept getting more shares and building it up - we are always writing to newspapers and different organisations to ask them to change their ways".

What do you think? Let us know in the comments.

230 comments
Back to top
unknown

1 hour ago1 hour ago
10
Newsround Home