Oscars 2021: No Zoom allowed for attendees 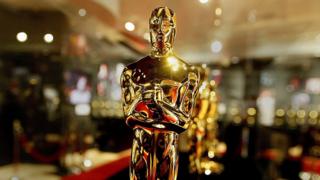 The nominees for this year's Oscars awards ceremony have been told by organisers that they won't be allowed to attend virtually.

In a letter sent to everyone who's been nominated for an award, the show's producers said they'd gone to "great lengths to provide a safe and enjoyable evening for you all in person."

The decision is in complete contrast with this year's two other major award shows, The Emmys and The Golden Globes, which allowed winners to accept their awards via Zoom as part of Covid-19 safety measures.

The 93rd Academy Awards are due to take place on 25 April in Los Angeles.

We want to know what you think about the decision. Do you think it's the right one? Let us know in the comments section below and give us your opinion.

Check out some other stories on the Newsround website:

Eight things you never knew about the Oscar statuettes

Can you make it to present the Oscars?!

Most people agree that the Oscars - which are also known as The Academy Awards - are the biggest film awards in the world. They're the most prestigious award anyone in the film business can win.

In the letter the organisers said, "For those of you unable to attend because of scheduling or continued uneasiness about travelling, we want you to know that there will not be an option to Zoom in for the show.

"We are going to great lengths to provide a safe and enjoyable evening for all of you in person, as well as for all the millions of film fans around the world, and we feel the virtual thing will diminish those efforts."

They said that there would be on-site Covid-19 safety teams who would be able to carry out coronavirus tests.

The organisers also said that nominees aren't allowed to dress casually for the awards show. 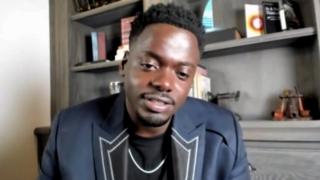 The Oscars has a strict smart dress code and, following the decision of many celebrities to dress casually at other awards shows, the organisers have cracked down.

At the moment there is a ban on people in the UK going abroad for holiday purposes until 17 May at the earliest.

However, actors are on the exemption list and are therefore allowed to travel abroad if they are doing so for work reasons. 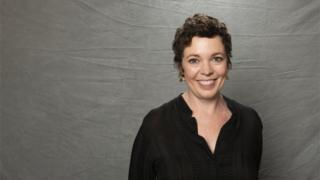 British actress Olivia Colman is among the nominees

British stars have done really well in the nominees list this year with the likes of Carey Mulligan, Olivia Colman, Daniel Kaluuya and Sir Anthony Hopkins all being nominated for acting Oscars.

It's also the most diverse Oscars ever with nine of the 20 acting nominees coming from ethnic minority backgrounds.

Two women have been nominated for best director.

It's the first time more than one female director has been shortlisted for that prize in the awards' 93-year history.

Oscars 2020: Eight things you didn't know about the statuettes