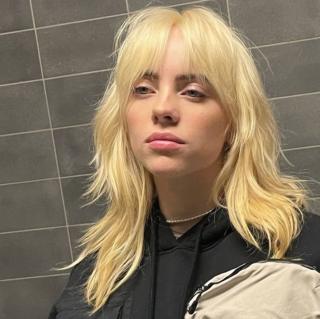 The two-tone look is done. Billie Eilish has taken the next step in her hair journey and gone blonde!

She posted a picture of the new look on her Instagram, writing: "pinch me."

Later adding to her stories, with the captions "blonde" and "bye green".

The picture of her new blonde hair got a record one million likes on Instagram in just six minutes, beating the previous record, a post by Selena Gomez on her 26th birthday in 2018.

Now, with more than 16m likes so far, Eilish's picture has already made it into the top ten most liked Insta posts of all time. 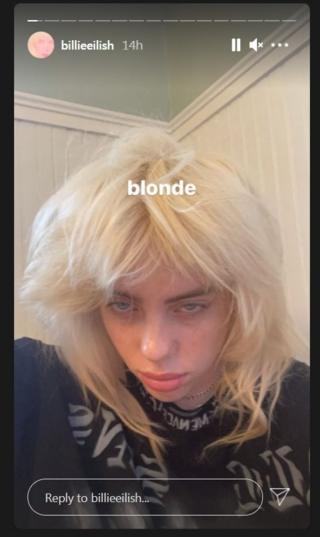 Billie Eilish is no stranger to dying her hair. Ever since she first came on to the music scene in 2015, the Bad Guy singer has become known for lots of different hair colours. She has rocked everything from ice grey to navy blue, but in 2019 she created her most famous look so far, dying her hair black and her roots bright green.

Billie has kept that style up until now. But fans on TikTok had already wondered if the singer was about to change her look - with many speculating whether Eilish had been wearing a wig recently. 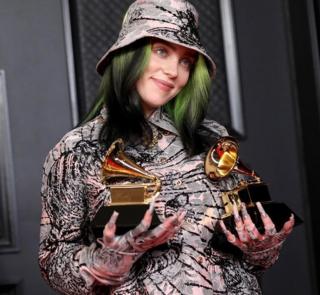 The Rise of Billie Eilish

At the Grammys, Billie wore bandanas and hats that covered her hairline.

Now it seems those rumours were true, with the new blonde hair-do perhaps symbolising a new direction ahead of the star's second album.

Before the release of the Apple documentary called Billie Eilish: The World's a Little Blurry, which came out in February, Billie said: "I'm changing it after the doc comes out. It will be the end of an era. I'm gonna give you a new era."

If this is the start of a new era for Billie Eilish, then the last one ended really well at the Grammys. Billie performed 'Everything I Wanted' and won Record of the Year for the same song.

Bieber goes back to his roots with old hairstyle

Billie Eilish at Glastonbury: A timeline of her life and career