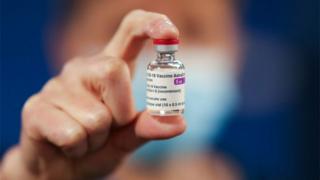 It has been more than a year since the UK first went into lockdown to help combat the spread of the coronavirus.

A number of vaccines have been developed to help protect people from catching or getting really ill with the virus. Vaccines work by preparing a person's immune system so it can identify and fight against a particular disease they're exposed to.

Now the government has announced that all UK adults over the age of 50 and all vulnerable adults have been offered the first dose of a Covid-19 vaccine,

People aged 45 or over in England can now book a Covid vaccine, as the programme enters a new phase.

In Northern Ireland, people aged 40-45 are now eligible to get a vaccine, while in some areas in Wales 40-49 year-olds are being invited.

In total more than 32 million people in the UK have received their first jab and more than 7 million have had their second jab.

The government said it was on track to offer a first dose to all adults by the end of July, with those in their late 40s expected to be next in England.

Want the latest on the coronavirus?

Coronavirus cases are going down across the UK

Plan announced for easing out of Scotland lockdown

How many coronavirus vaccines were made?

Several coronavirus vaccines have been developed in different countries to help tackle the spread of the virus.

So far, three vaccinations have been approved for use in the UK - the Pfizer-BioNTech vaccine developed by two companies based in the American and Germany, the Moderna vaccine which was made by a US pharmaceutical company and the Oxford/AstraZeneca vaccine created by the university of Oxford and medicine company AstraZeneca.

These vaccines had to go through lots of testing to ensure they would be safe to use. Another vaccine, which is called Novavax, has also been developed and it has been shown to be 89.3% effective at preventing Covid-19 during trials. It's currently being looked at by the Medicines and Healthcare products Regulatory Agency (MHRA) to determine whether it'll be safe to use in the UK.

Which vaccines are people being offered in the UK?

The UK is currently offering people three vaccines that have been approved by MHRA; the Pfizer-BioNTech, the Oxford/AstraZeneca and the Moderna jabs.

The development of Covid-19 vaccines has been welcomed by many and the government set out specific plans for their rollout in order to ensure the most vulnerable are protected.

Older people, particularly those living in care homes, and those with health conditions were prioritised for the Covid vaccine.

The government's priority groups for the coronavirus vaccine

1. Residents living in and staff working in care homes for older adults

2. People aged 80 and over and frontline health and social care workers

4. Those aged 70 and over and clinically extremely vulnerable individuals including people who are shielding (not including pregnant women and those under 16 years of age)

6. Adults aged 16 to 65 years in an at-risk group (includes those with health conditions)

A UK trial is looking at whether Covid vaccines can be mixed, meaning different types of jabs will be used for someone's first and second doses.

The trial is studying whether combining vaccines might give broader, longer-lasting immunity against the virus and new variants of it.

Being able to mix vaccines will also offer more flexibility to the vaccine rollout, as it is less reliant on one vaccine.

Health experts generally agree that the mixing and matching of the vaccines should be safe. The trial will check for any side-effects or unwanted reactions.

More than 800 people are already taking part in the research - and now the trial is being expanded to more people.

Results of the first stage are expected in May and findings from the expanded trial should be out by June or July - although the research will run for a year.

Head of the the trial, Professor Matthew Snape, says if it's found that mixing vaccines gives an immune response as good as not mixing, without an increase in reactions, "this will potentially allow more people to complete their Covid-19 immunisation course more rapidly."

Who's had the vaccine so far? 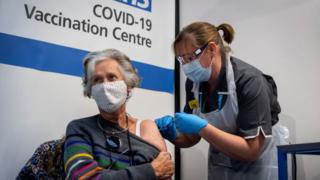 The UK government has hit its target in offering the vaccine to everyone in the top nine priority groups before 15 April.

Those over the age of 50, care home residents, healthcare workers including doctors and nurses, people who've been shielding throughout the coronavirus pandemic and those with underlying health conditions have all have offered their first dose of the vaccine during this 'first phase'.

This may have included some of your grandparents and parents too.

Last month, the NHS announced that there will be a "significant reduction in the weekly supply" of Covid vaccines in England during April.

The reduction in supply meant there have been fewer Oxford AstraZeneca vaccines than expected, that's because of a delay in the delivery of five million doses from India.

The company has said there are no supply issues to the Oxford jabs made in the UK and Pfizer, which produces its vaccine in Belgium, and says its deliveries to the NHS are also on track. People who have already booked a vaccine aren't expected to lose their appointment either.

However the the European Union (EU) threatened to slow transportation of jabs from Europe to Britain because compared to the UK, they have vaccinated a smaller percentage of people. Ursula von der Leyen, president of the European Commission says vaccine supplies need to improve and that the EU is still waiting for deliveries of jabs from the UK.

Asked about it during a Downing Street coronavirus briefing, Heath Secretary Matt Hancock said "ups and downs" of supply are not unusual.

The government's initial goal was to see 15 million people from the top four priority groups receive their first jab by mid-February, a target which it successfully hit. 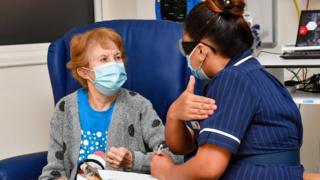 JACOB KING / PRESS ASSOCIATION
Margaret, who is a granny from Northern Ireland, became the first person to receive a vaccination against the coronavirus

90-year-old Margaret Keenan from Northern Ireland became the first person in the UK to receive a Covid vaccination in December last year.

The next group of people who receive the vaccine will be those between the ages of 40 and 49 who don't have existing health conditions, with the oldest people within this range being offered the vaccine first.

Then younger groups will be offered it until all people aged 18 or older have had the chance to be vaccinated.

The goal is for all eligible people in the country to have been offered the vaccine by 31 July.

This is designed to stop people from getting the virus and passing it on by giving more people immunity.

The vaccines also reduce the chance of people who do get the virus from becoming seriously ill or dying.

What happens once people have received the vaccine?

A person getting the Covid vaccine reduces the chance of them getting ill with Covid-19. However, it can take a few weeks for the body to develop immunity. Also, like all vaccines, there is no guarantee that it'll be fully effective. 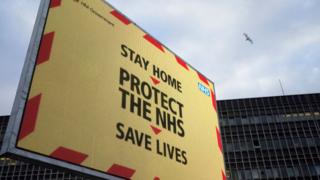 As a result of this, the government isn't able to lift restrictions completely straightaway and those who've received the vaccine are still expected to follow the guidelines in place to ensure other people remain protected.

At the moment, social distancing, the wearing of face masks and frequent hand washing are being encouraged in each of the UK nations.

Guidance around lockdowns are specific to each nation, with the timeline for the easing of restrictions being set out in England, Scotland and Wales.

In England, the government have set out a four stage plan for easing the country out of lockdown. This is dependent on infection rates and the current vaccine rollout appears to be having a positive impact, with infection levels falling consistently since the beginning of the year.

If all goes to plan, all legal limits on social contact are expected to be removed by 21 June.

What vaccination plans are in place for children?

There are currently no plans for children to receive the vaccine as they are less likely to become very unwell if they do get contract the virus.

However, some young people who are classed as 'clinically extremely vulnerable' could be eligible for the jab.

Sixteen-year-old Esther, who has a blood condition, became one of the youngest people in the UK to receive the coronavirus vaccine last month.

A trial currently being run by Oxford University to test how well the Oxford-AstraZeneca coronavirus vaccine works in children has been paused while possible links to rare blood clots are investigated. In total, up to 300 children between the ages of six and 17 are expected to take part.

What about the rest of the world? 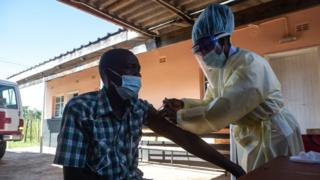 So far, more than 788 million doses of the coronavirus vaccines have been given to people in more than 100 countries worldwide.

America and China have given the most doses to their citizens with 187 million and 164 million vaccinations administered respectively. India has provided its citizens with almost 100 million doses so far.

Vaccination programmes in Europe are also well and truly underway.

However, rollout of the vaccine has been a lot slower in poorer countries. The majority of countries in Africa have signed up for deliveries of vaccine supplies through something known as the Covax scheme, which aims to make sure that vaccines are distributed fairly among all nations, rich and poor.

The Covax initiative has so far delivered more than 16 million vaccine doses to 31 African countries,

There have been calls to ensure developing countries aren't left behind when it comes to vaccinating the global population.

Coronavirus restrictions: What are the lockdown rules where you live?

Vaccine passport: What is it and why are people talking about it?

81 comments
Back to top
unknown