What are NFTs and how do non-fungible tokens work? 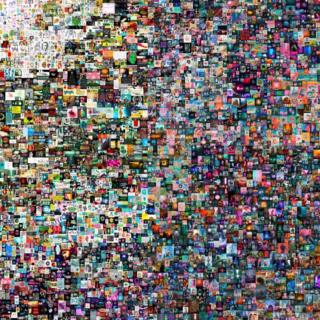 Beeple/Christrie's
The collage sold for $69 million

Christie's auction house, which is well know for selling expensive artwork, held it's first ever digital-only art auction on Thursday.

A piece of digital art called 'Everydays: The First 5000 Days', which was created by an artist called Beeple, was bought for a whopping $69 million, that's around £50 million.

Beeple, who's real name is Mike Winkelmann, produces a new piece of digital art every day. He sold all his work from the first 5,000 days - which is equivalent to 13 years - since he started creating art online back in 2007.

The final digital collage was sold as something known as an NFT, which stands for "non-fungible-token".

Why is the richest man in the world talking about Bitcoin?

Is physical pocket money a thing of the past?

Roblox or sweets? What do you spend your pocket money on?

What are NFTs and why are people talking about them? 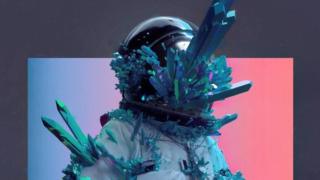 Non-fungible tokens, or NFTs, are a type of cryptographic asset. That means it is a thing - the asset - that is guaranteed by cryptography - meaning mathematical codes that can't be broken. It might sound quite complicated, but it isn't as complex as it first seems!

Let's break it down: You've probably heard of the term 'Bitcoin' before. Bitcoins are a type of cryptocurrency, which is a digital currency, like money, that can be used to buy and sell goods and services.

Similarly, NFTs are entirely digital, but there's a big difference between these and other cryptocurrencies you may have heard of.

Cryptocurrencies are 'fungible', which simply means a person is able to trade a currency like a Bitcoin for another completely identical Bitcoin. The two Bitcoins are 100 percent equal in value.

However, NFTs are described as 'non-fungible', which means they can't be replaced with or exchanged for another identical NFT as each token is entirely unique, similar to a rare trading card.

You can think about about in exactly the same way we look at famous paintings like the Mona Lisa - despite there being lots of copies, only one original painting exists. An NFT is like a digital certificate of authenticity which can be used to prove a person owns the original piece of digital artwork.

Just like posters of the Mona Lisa and the original painting, there's quite a big difference in price too.

What's been said about NFTs? 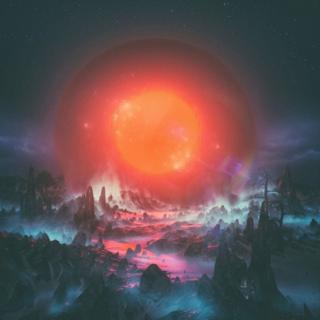 Lots of people have praised NFTs as they're a way for creators of purely digital art to gain more recognition for their work.

With the introduction of assets like cryptocurrencies, many believe the world is moving in a more digital direction and digital art is another big part of this.

"Artists have been using hardware and software to create artwork and distribute it on the internet for the last 20+ years but there was never a real way to truly own and collect it," said Beeple.

"With NFT's that has now changed. I believe we are witnessing the beginning of the next chapter in art history, digital art. This is work that has just as much craft, message, nuance and intent as anything made on a physical canvas and I am beyond honoured and humbled to represent the digital art community in this historic moment."

Owning an NFT is essentially like having a unique code that only you possess, and these can be sold and traded in a similar way to physical art which can increase in value over time. Some people see NFTs as good investments which could see them making lots of money from their purchases in the future.

Are there any concerns about NFTs? 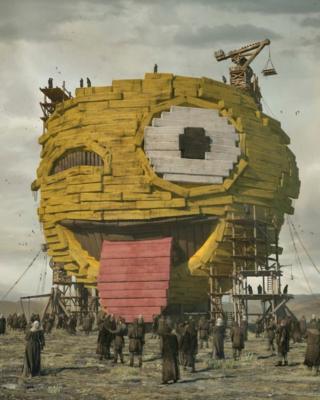 Beeple/Christie's/Reuters
The sale of digital art, like this from Beeple, has raised some concerns about the environment

Despite the buzz around NFTs, some people have criticised them because of the impact they have on the environment. All NFT data is stored on something known as a blockchain, which can be compared to a massive database where all transactions made using cryptocurrencies like Bitcoin and Ethereum are also stored digitally.

A blockchain is run and managed by a huge network of computers based all over the world, and keeping these computers running requires lots of power which is believed to have a big impact on carbon emissions.

Expensive foods from around the world