Lockdown in Wales: What rules are changing and when? 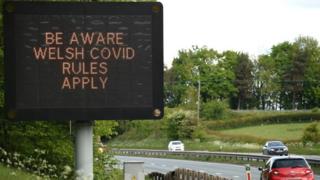 Primary schools in Wales will be open to all pupils from Monday 15 March, it's been confirmed.

Going to the hairdresser and meeting friends in your garden are also set to become legal again.

The Welsh Government has announced the relaxation of lockdown rules, with the first coming into effect on Saturday 13 March.

Secondary school students in exam years (11 and 13) will also return to the classroom and schools will have the flexibility to bring year 10 and 12 learners back.

What restrictions will be lifted in Wales? 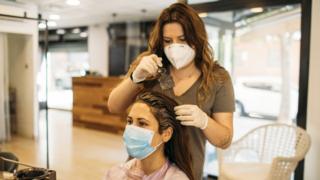 First Minister Mark Drakeford said the easing of rules in Wales was the start of a "phased approach" out of lockdown.

Mr Drakeford said: "We will monitor each change we make, so we know what impact each change has had on Wales' public health situation."

What does it look like in the rest of the UK?

Scotland has announced that more people will be able to meet up outside from Friday 12 March, which is earlier than expected.

Up to four adults from two households will be able to meet outdoors, including in private gardens. This will be allowed for social and recreational purposes, as well as exercise.

The household rule is being relaxed further for those aged between 12 and 17, making it possible for four teenagers from four different households to meet outdoors.

In addition, adults will be able to take part in outdoor non-contact sports and organised group exercise from 12 March in groups of up to 15 people. This also applies to those aged 12 to 17 , who can travel across council boundaries to take part in activities. 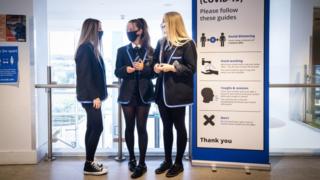 On 15 March, the plan is to start the next phase of school pupils' return in Scotland. Pupils in P4 to P7 will return full-time, while all secondary pupils will go back for some face-to-face teaching on a part-time basis.

In England, all restrictions will be lifted by 21 June at the earliest, as part of a four stage "roadmap" based on certain conditions being met, such as a successful vaccine rollout.

Meanwhile, Northern Ireland is still to outline its plans to relax restrictions.

Secondary school testing: Everything you need to know