Meghan and Harry: What happens next with racism and mental health claims?

It was one of the most shocking royal interviews ever and has got people talking all over the world.

In the TV interview with Oprah Winfrey, Meghan and Harry made a lot of claims about the way they were treated.

This included issues of racism - something that the Palace says is "concerning" and will be addressed by the family privately.

In the statement, the Palace also said "recollections may vary" but confirmed the issues will be "taken very seriously".

Pressure had been growing on the Royal Family to respond to what Meghan and Harry had said.

Here's everything that you need to know about the interview, and what else the Royal Family have said in response so far.

Who was Princess Diana?

What was said about racism? 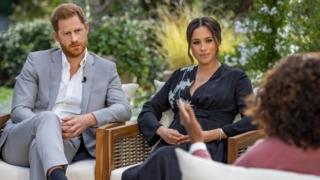 CBS
The interview took place in the garden of a house close to where the couple live near Los Angeles, USA

Both Harry and Meghan told powerful stories about the way they say they were treated by the Royal Family and by UK newspapers.

The Duke and Duchess both spoke about how a member of the Royal Family asked Harry questions several times about what skin colour their children would have which he said was "awkward" and left him "shocked".

Both Harry and Meghan refused to say who the family member was, but Harry said it wasn't the Queen or Prince Philip.

Prince Harry: It'll take "every person on the planet" to fight racism

Harry also complained about the way the newspapers and social media treated Meghan - which he said was different to how other royals were treated and was due to her being mixed race.

In new footage not included in the original interview, Prince Harry was asked if the couple left the UK because of racism, and replied: "It was a large part of it".

What was said about mental health? 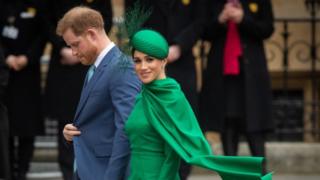 Meghan said that her feelings about the racism she thought she (and her baby Archie) were a victim of, her lack of freedom to do what she wanted within the Royal Family, and the fact that she was told she couldn't defend herself when unkind stories which she said weren't true were published about her, all led to serious mental health problems.

She also said when she asked for help and support with dealing with her mental health issues, she didn't get it.

Why is this such big news? 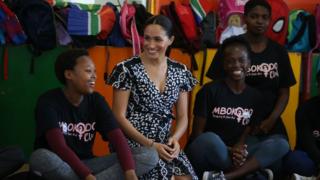 Getty Images
The Duchess of Sussex talks to children during a visit to a self defence class in Cape Town, South Africa, in 2019

The Royal Family are a famous part of UK life and are loved by many people all over the world.

It was hoped that Meghan and Harry's marriage would help the royals to show a more modern and inclusive side, that better reflects the diversity of the UK.

They also have important roles in the Commonwealth - which aims to represent diverse countries all over the globe - and they also do important work with mental health charities.

So claims of racism and a failure to deal properly with mental health issues go against all of that work and are very damaging.

What have the Royal Family said about the interview? 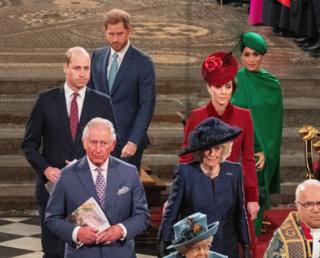 Pressure had been growing on the Royal Family to respond ever since the interview was aired.

Buckingham Palace finally released a statement saying, the Royal Family is "saddened" to learn how challenging recent years have been for the couple.

The statement said: "Harry, Meghan and Archie will always be much loved family members.

"The whole family is saddened to learn the full extent of how challenging the last few years have been for Harry and Meghan.

"The issues raised, particularly that of race, are concerning. Whilst some recollections may vary, they are taken very seriously and will be addressed by the family privately."

Traditionally the Royal Family don't get involved in responding to the news - they have a famous motto: "Never explain, never complain". So, the fact that they have now responded show how serious the allegations are.

However, the Royal Family say that they will deal with the issues privately rather than publicly.

As BBC Royal expert Johnny Diamond explained: "What is the Palace to say about the accusation that an unnamed member of the family made a comment - more than one by the sounds of things - about the skin colour of the couple's child-to-be? The mind boggles."

What have other people been saying? 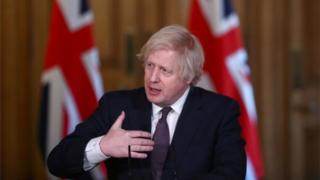 Many celebrities in the US have spoken out in support of the couple and US President Joe Biden's spokeswoman said he would praise anyone for having the courage to speak out about mental health.

In the UK, Prime Minister Boris Johnson wouldn't comment when he asked about it on Monday 9 March, but said he has "always had the highest admiration for the Queen and the unifying role she plays".

After being asked specifically if he believed the Royal Family was racist, he said: "when it comes to matters to do with the Royal Family, the right thing for prime ministers to say is nothing," 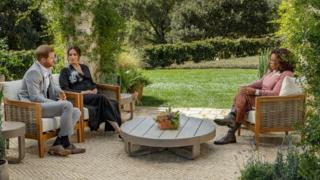 In response to what Harry said about the way the media treated Meghan, the Society of Editors - which represents newspapers - said: "It is not acceptable for the Duke and Duchess to make such claims without providing any supporting evidence.

"If it is simply the case the Sussexes feel that the press by questioning their actions and commenting on their roles when working as royals funded by the taxpayer were being racist then they are mistaken."

Ian Murray from the Society of Editors added: "The UK media has a proud record of calling out racism and also being at the forefront of campaigns to support mental health awareness, another of the issues raised by the couple." 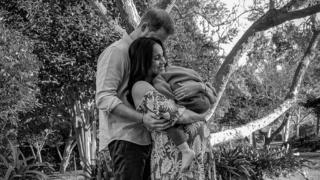 Misan Harriman/The Duke and Duchess of Sussex
Prince Harry and Meghan have released a new image of them with their son Archie, who was born in 2019

What happens next is still very much unknown.

Some people thought the Palace would not make an immediate response to the interview.

The statement did not apologise for what's happened, nor deny what Meghan and Harry have said is true - instead saying "recollections may vary".

The Palace say the Royal Family will deal with things privately.

Now, the world will wait to see if anything further happens as a result of the interview.

Who was Princess Diana?

Back to school: 'Hopefully no more bubbles will be sent home' says government minister

211 comments
Back to top
unknown