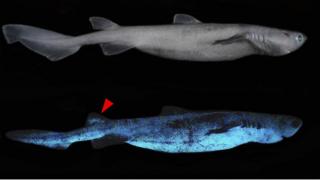 Scientists have discovered that three deepwater shark species can glow in the dark!

The bioluminescent creatures were found living in the remote waters of the Chatham Islands, to the east of New Zealand.

The kitefin, blackbelly lanternshark and southern lanternshark were already known to marine biologists, but this is the first time they have been seen producing their own light.

Experts think the sharks might have developed luminescent bellies as a form of camouflage.

Fancy finding out more about sharks? Take a look at these

Why do sharks have sharp teeth?

How do sharks sleep?

These creatures live in a space known as the 'mesopelagic zone', often called the twilight zone, which ranges from 200m to 1,000m deep.

It is an environment with no place to hide and where camouflage is key.

The research was carried out by scientists from the Université Catholique de Louvain in Belgium and the National Institute of Water and Atmospheric Research in New Zealand, and was published in Frontiers in Marine Science.

Speaking about luminescence, the scientists said: "It has often been seen as a spectacular yet uncommon event at sea, but considering the vastness of the deep sea and the occurrence of luminous organisms in this zone, it is now more and more obvious that producing light at depth must play an important role structuring the biggest ecosystem on our planet".

It is thought the sharks' glow is achieved through thousands of photophores (light-producing cells) located within their skin.

Bioluminescence is a phenomena seen when living things make and give off their own light.

Lots of sea creatures, bacteria, fungi and some insects, like fireflies, use it.

The light is formed from a chemical reaction in an organism's body.

The glow is used for different reasons, including communicating with each other, finding prey, hiding from or warning off predators and attracting a mate.

As much as 76 percent of ocean animals are bioluminescent, producing their own light through a series of chemical reactions or containing bacteria give off light.

What other creatures are bioluminescent? 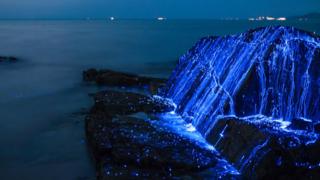 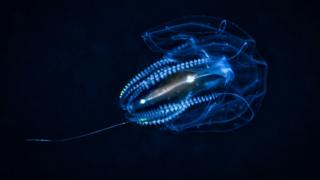 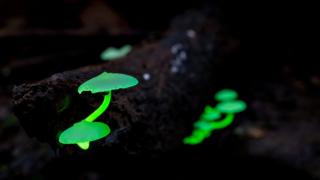 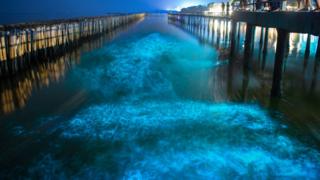 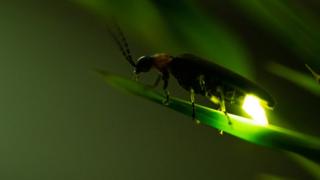 Oceanic sharks and rays have declined by over 70%