Barbie: Clara Amfo recognised as role model with own doll 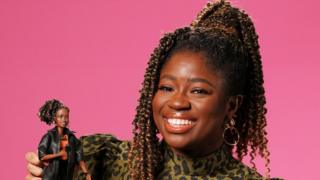 The maker of Barbie has made a doll version of BBC Radio 1 DJ Clara Amfo to recognise her work speaking out against racial inequality.

She has been named as a Barbie Role Model after she gave a powerful speech calling for everyone to be anti-racist following the death of George Floyd in the US last year.

His death caused protests around the world and shone a light on the problems of racism and discrimination.

She says people can no longer pretend that these issues don't exist and that she speaks up because she lives it and has a platform through her job to be able to raise awareness.

Barbie to get a new look

Clara says it is really important that there are a variety of dolls which represent different people to show kids that they "matter in the world".

She said: "There is so much power in being able to see yourself reflected positively in the world as an adult and it's even more potent as a child.

"That power and the confidence that comes with it should only be protected and amplified.

"For me, having this doll represents the infinite possibility that I believe we all have a right to and my only wish it that it will do the same for anyone who sees her." 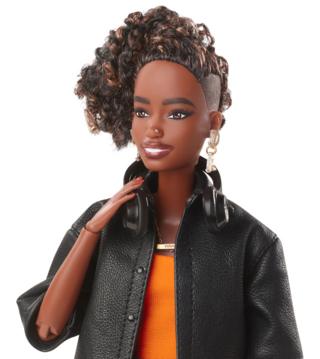 Clara said she gasped when she saw the doll for the first time and that having her own doll is one of the best moments in her career.

What do you think about Clara's doll? Let us know in the comments.

Barbie doll to get new body shapes and skin tones