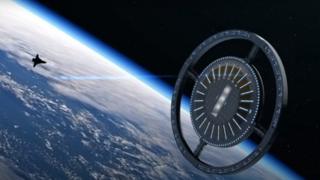 Do you want to go travelling to see the world when you're older? But what if you could see the whole world in one go...?

That might be possible in just six years, when the first ever space hotel is expected to open.

Floating in low-orbit, guests will be able to see the Earth as they move around the planet.

The hotel, called Voyager Station, will have enough rooms for 400 guests, viewing platforms to see the Earth below, a cinema, a spa and a gym - including a basketball court where players can use low gravity for a slam-dunk the professionals would be proud of!

Meteor filmed shooting across the sky on doorbell cameras 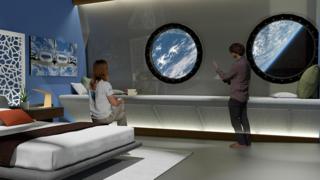 Inspired by a "spaceship of the future", the hotel will also have 3D holograms, digital wall art, a digitally interactive table and robots.

Orbital Assembly Corporation (OAC), the company behind the idea, say building the hotel will begin in 2025 with plans for it to open its doors, or in this case air-lock hatches, in 2027.

"The station will be designed from the start to accommodate both national space agencies conducting low gravity research and space tourists who want to experience life on a large space station with the comfort of low gravity and the feel of a nice hotel," OAC says. 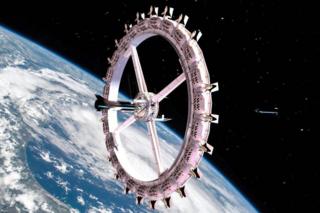 The hotel will spin as it travels around the Earth to create artificial gravity.

Onboard the gravity will be about a sixth of that found on Earth, which is the same level of gravity found on the Moon.

Spinning in space produces the same effect as gravity because it produces a force (called the centrifugal force) just like Earth produces the force of gravity based on the planet's size.

Anything that has mass also has gravity. Objects with more mass (like moons and planets) have more gravity.

Your body also has gravity but compared to Earth which is so much more massive than you, your gravitational force doesn't really have an effect on anything. 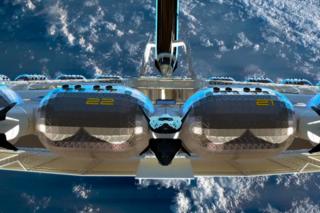 The hotel will cruise around the whole world every 90 minutes, at a height of about 1,200 miles up. Guests will also be able to check-in at the hotel without any astronaut training.

Although it's not clear how much a stay at the hotel will cost, trips to space don't come cheap. But despite the price, the hotel's website says that guest will have the most comfortable stay possible in space, complete with working toilets!

"Historically, a trip to space cost up to $25 million and that resulted in staying in a Zero-G facility, using vacuums for toilets, sleeping in a bag strapped to a wall, and living in a laboratory," the website says, explaining that artificial gravity means guests can enjoy normal " toilet facilities, showers, and beds that function similar to what you are used to on Earth".

England meteor: How do you find a meteorite?