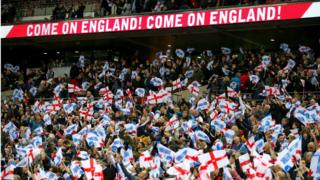 Boris Johnson says it's "the right time" for the UK and the Republic of Ireland to launch a bid to host the 2030 World Cup.

"We are very, very keen to bring football home in 2030," the prime minister said.

The bid will be formally announced on Wednesday in the government's budget.

If successful, it'll only be the third time that England has hosted a major tournament.

He shoots, he pours! The footie kit made from coffee waste 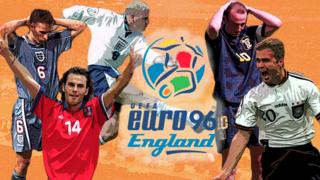 England last hosted a major tournament 30 years ago at the 1996 European Championships.

In the build up to the competition, they weren't fancied as contenders.

They'd been heavily criticised in the British media for the players' behaviour on a pre-tournament trip to Hong Kong.

Also, England's star striker, Alan Shearer - who you might recognise from Match of the Day - hadn't scored for his country in two years.

It wasn't looking good for the hosts in the stands either as lots of fans decided to stay away in places like Newcastle, Sheffield and Nottingham. 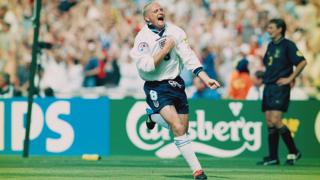 After a rocky start to the tournament, England picked up some momentum with a 2-0 victory over Scotland.

As the final whistle was blown against Scotland, a chorus of "three lions on their shirts" could be heard all around England's national stadium, Wembley.

In their next match England took on pre-tournament favourites, The Netherlands, and surprised lots of people by winning 4-1.

England made it all the way to the semi-final.

However, just like six years before at the 1990 World Cup, they were knocked out on penalties by Germany at the semi-final stage.

Gareth Southgate - who is now the current England manager - missed the decisive penalty.

And, the Germans went on to win the competition, beating surprise finalists, Czech Republic, in the final. 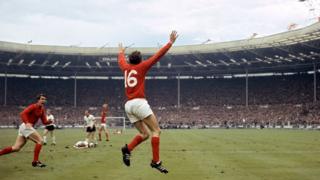 Thirty years before the European Championships England hosted its first major tournament at the 1966 World Cup.

Going into the competition, South American side Brazil were the favourites to win because they had the world's best player in their team, Pele.

But, they crashed out in the group stages and the hosts England marched on.

They did so well, in fact, that they made it all the way to the final.

In the final at Wembley stadium, England won the match 4-2 against Germany and won their first (and only) World Cup.

Geoff Hurst's third goal at the end of extra time has since been linked with the famous words of the BBC's commentator, Kenneth Wolstenholme: "Some people are on the pitch, they think it's all over… it is now!" 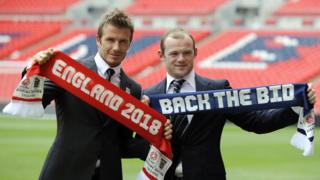 England aren't guaranteed to host the 2030 World Cup because lots of other countries will put in their name as well.

Euro 96: The A to Z of the last football championship in the UK