Jesy Nelson: What's next for the former Little Mix member? 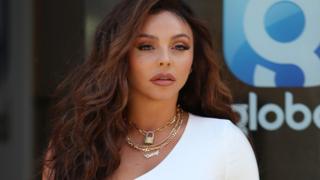 Jesy Nelson has got people VERY excited after posting hints on social media that she might begin a solo music career.

The former Little Mix star has been teasing fans by sharing videos and photos of her in a music studio.

She quit the band last year for mental health reasons.

At the time she said "the constant pressure of being in a girl group" and "living up to expectations" was "very hard".

Ways to look after your mental health 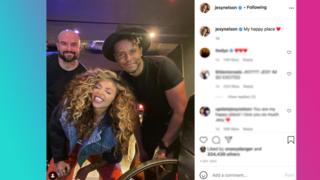 Instagram / jesynelson
Jesy has excited fans after sharing images of her looking extremely happy in a music studio!

Over the past week or so, Jesy has been leaving fans clues that she might be venturing into life as a solo artist.

She posted an image of her in a music studio with two music producers and captioned it "My happy place ❤️".

In a previous post she captioned a selfie with the words "let's go" and several music note emojis, which first peaked fans' suspicions.

The singer also shared a video of her in the studio on her Instagram stories which featured a short clip of a female voice which sounded a lot like Jesy's unique tones.

The star hasn't denied the rumours and has even liked a comment that referred to her first potential single. 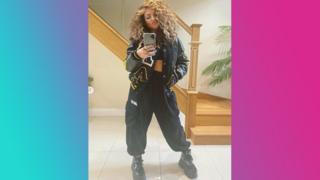 In December, Jesy thanked her fans for all their "love and support" after she left the group.

There has been no official announcement of a single or album, so we don't yet know when (or if!) fans can expect to hear Jesy's new music, but don't worry - we will keep you updated!

When she announced she was leaving, it was a big shock to Little Mix fans. So we spoke to BBC Radio 1's Life Hacks presenter Katie Thistleton for her advice for the Mixers out there who were upset by the news. Check it out below!