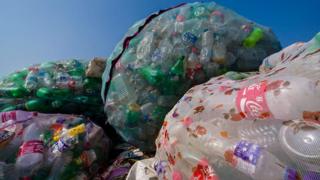 Getty Images
Many discarded plastic bottles are collected and recycled

Plastic pollution is a big problem. Although plastic is a really useful material that we use every day, what happens when we throw it away is having a huge impact on our environment.

It's thought more than five trillion pieces of plastic are in the world's oceans and it can take hundreds of years for it to break down.

Each year, 400 million tonnes of plastic is produced and 40% of that is single-use - plastic we'll only use once before it's thrown away.

Some of the biggest contributors to single-use plastic pollution are big companies and industries - such as the drinks industry.

Four big global drinks companies - Coca-Cola, PepsiCo, Nestlé and Unilever - are responsible for more than half a million tonnes of plastic pollution in six developing countries each year, enough to cover 83 football pitches every day, according to a 2020 report by Tearfund.

So, how is the drinks industry trying to reduce single-use plastics? Read this to find out.

What is the drinks industry doing to cut down on single-use plastic? 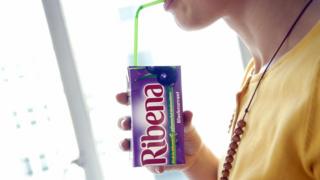 Global plastic production is increasing and is set to double over the next 10 to 15 years, which will increase plastic pollution and carbon emissions.

There has been mounting pressure on the drinks industry to cut down on the huge amount of single-use plastics they produce.

The UK government is introducing a law in July which will ban plastic on-pack straws attached to cartons.

As a result, Ribena has announced that it will stop using plastic straws and will switch to paper ones - saving an estimated 16 tonnes of plastic each year.

However, the wrappers for the paper straws will still be plastic.

The new product will be seen on the shelves by April and Ribena's owner, Suntory Beverage and Food GB&I (SBF GB&I), is hoping to have 100% sustainable packaging by 2030. 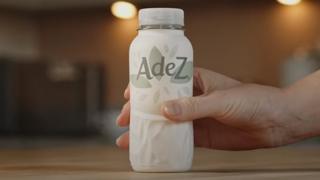 Coca-Cola
Coca-Cola will run its first test of paper bottles with 2,000 bottles of its fruit drink Adez to see how they hold up

Coca-Cola is testing a paper bottle as part of a longer-term aim to get rid of plastic from its packaging all together.

The paper bottle prototype is made by a Danish company from an extra-strong paper shell, however it still contains a thin plastic liner.

The goal is to create a 100% recyclable, plastic-free bottle capable of preventing gas escaping from carbonated drinks. The company wants to produce zero waste by 2030.

Coca-Cola was ranked the world's number one plastic polluter by charity group Break Free From Plastic last year, closely followed by other drink-producers Pepsi and Nestle. 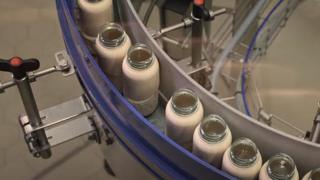 Making a paper bottle is very challenging as it needs to withstand the forces exerted by fizzy drinks which are bottled under pressure.

Also the paper needs to be mouldable, to create distinct bottle shapes and sizes for different brands, and take ink for printing their labels.

The Paper Bottle Company has been developing the prototype for more than seven years.

But even if the tests go to plan, the real challenge lies in getting rid of plastic altogether, as the current prototype still includes a plastic screw top and plastic liner.

Because the paper can't come into direct contact with liquids, the plan is to eventually use a plant-based coating on the inside of the bottle and an all-paper cap.

Coca-Cola also recently pledged to introduce recycled plastic bottles for some of its products, in the hope of reducing the use of new plastic by more than 20 percent. 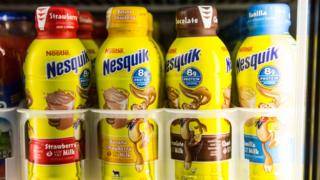 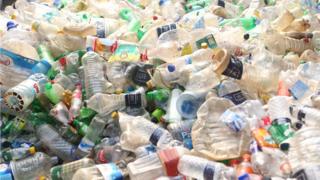 While these giant global brands are taking steps to address their plastic waste, many think they should be doing more.

Commenting on Nestlé's pledge, senior campaigner at Greenpeace Switzerland Matthias Wüthrich said: "Reducing single-use plastic should not mean that Nestlé turns to false solutions such as recycled content and material substitution. If Nestlé wants to stop polluting the world, it needs to end its reliance on plastic.

"Nestlé must prioritize reuse and eliminate single-use packaging altogether instead of doubling down on the recycling myth. We encourage the company to focus its efforts towards the elimination of all throwaway packaging."

Speaking about Coca-Cola's recent announcements, Katie Treggiden, author of Wasted: When Trash Becomes Treasure, said: "It's great to see Coca-Cola taking action on plastic, but while the brand is producing an eye-popping 3,400 plastic bottles a second, these measures simply don't go far enough."

Emma Priestland, corporate campaigns coordinator for Break Free From Plastic, said: "Coca Cola will need to do a lot more than this to change their status as the world's top plastic polluter.

"For three years in a row, thousands of volunteers have collected more Coca-Cola-branded waste from more places than any other brand during the annual Brand Audit cleanups."

What is the government doing about it? 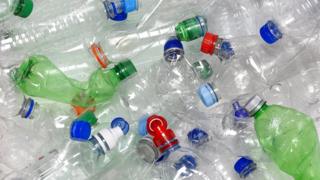 As well as introducing a ban on plastic on-pack straws from July this year, the government plans to introduce the Plastic Packaging Tax on 1 April 2022.

The hope is that this tax will give businesses the incentive to use recycled materials and increase the collection of plastic waste.