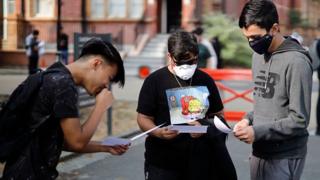 School pupils whose GCSEs and A-level tests have been cancelled in England because of coronavirus, will have grades decided by teachers.

The grades for year 11 and sixth form will be given out this summer using a mix of things such as mock exam results, coursework and essays.

The Education Secretary Gavin Williamson said it was the "fairest possible system" to ask "those who know [children] best, their teachers, to determine their grades".

School decisions on grades will be published earlier in August to allow time for students to appeal if they're unhappy.

Last summer, the government was heavily criticised for using a computer calculation, called an algorithm, that downgraded results for thousands of A-level students.

It meant many young people faced a struggle to get into the university of their choice, so Ofqual, the government department responsible for tests in England, decided to use teacher predictions instead. 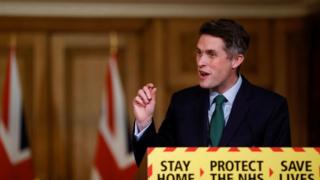 Scotland, Wales and Northern Ireland have already announced that exams will be replaced by teacher-assessed grades.

But there are concerns that with teachers deciding grades, results will be much higher than normal.

The Education Policy Institute warned that it might be difficult for universities and employers to pick applicants based on teacher and school grading.

But the National Education Union said it was probably the "least worst option available".

Will there still be tests? 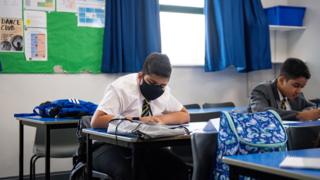 Schools will have the option to use tests in all subjects, but they will not be taken in exam conditions.

These tests have been called "mini-exams", and instead of determining final grades, they can be used by teachers to help them decide individual GCSE or A-level results.

The mini-exams will be taken in classrooms rather than school halls, there won't be a time limit and they will be marked by teachers.

If students are unhappy about the decision for their grades - they can appeal, with no cost to families expected.

A-level results day will be 10 August, with GCSEs results given out on 12 August.

What do kids think about it? 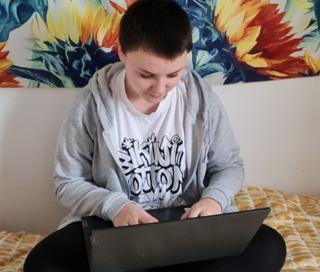 Caitlyn in Wigan, aged 15, is taking nine GCSEs and has been studying at home where it's hard to concentrate and the wi-fi keeps crashing. She is glad she won't have to sit exams.

"You feel relief because there's not so much pressure," she says, especially when they had missed so much time in school.

"It's not the same as face-to face interactions with teachers," she says.

The mock exams she sat last year she found particularly hard, especially during a pandemic. "You had that fear of going into a hall with 200 people around you.

"It was really stressful as obviously, we'd been online learning so then you had to quickly cram everything in which made quite a few people drained."

You feel relief because there's not so much pressure 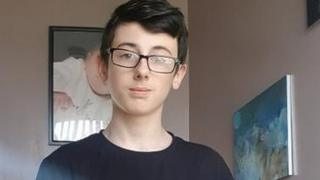 He says learning from home was "in a way better for me, so I could concentrate and there was no-one to distract me".

Although he did miss the support of teachers when he got stuck.

Kori feels the assessments, the so-called "mini exams", that will be offered "are going to be better for me".

Although he worries all the pupils this year might be judged unfairly because they didn't sit the full exams.

What do you think? Let us know in the comments.

Face masks in schools: What are the latest rules?

Back-to-school: Funding promise to help kids in England catch up this summer