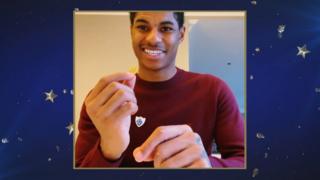 Marcus Rashford and Greta Thunberg have each been given a Gold Blue Peter badge.

The Gold badge is the rarest of all Blue Peter badges with only a small number being awarded each year to people who have accomplished amazing things.

Blue Peter is also celebrating the bravest and best achievements of its viewers by giving some of them the Gold badge too.

Marcus is being given his badge for being a hero, not only on the pitch, but off the pitch as well.

It comes after the programme received hundreds of letters from kids who said they'd been inspired by the way he is making a difference to young people's lives through his campaigning for free school meals during the holidays.

After receiving his badge, Marcus said: "I appreciate it greatly - I am happy that I'm able to spread positive messages and show a side of me that people might not know of. A lot of what I do is not for me, I just want to give people the best chance to be the best they can be." 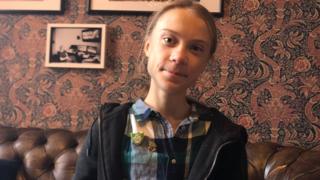 Greta is being given her badge for her dedication to raising awareness about climate change and the way she has inspired a generation to make a positive change for the planet.

Greta said: "Thank you so much. I don't know if I deserve this but I am very honoured by this and I will put this in my room and take great care of it."

As well as Marcus and Greta, Blue Peter is honouring the work of some of its amazing viewers who have been raising money to help others.

Seven-year-olds Ayaan and Mikaeel, who last summer set up a lemonade stand to raise money for children living in Yemen, will be awarded Gold badges.

Ayaan and Mikaeel called their stand 'Lemonade for Yemen-aid' and set a target to raise £500 but by the end of just day one, they had raised an incredible £5,000.

They went on to receive a donation from Hollywood's Angelina Jolie and in total have now raised an incredible £100,000. 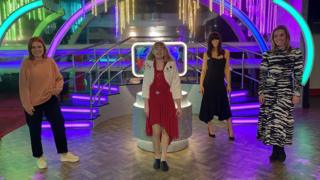 Also receiving the Gold badge is 12-year-old Holly, who has been raising money for good causes since she was six.

When she found out the Eurovision Song Contest was cancelled due to Covid-19, she decided to run her own song contest to raise money for the NHS.

It was called Dollovision and she wrote 41 songs with her dolls and made videos for the seven finalists.

Other winners include Archie and Emmie who have both been very poorly with an illness called leukaemia.

Despite this, they've both been raising loads of money for the charities that have helped them and other children like them.

Six-year-old Tony - whose hero is Sir Captain Tom - has raised £1.6 million for a local children's hospital, despite only learning to walk a year ago.

Eight-year-old Steffan is getting a Gold badge for his bravery, when he saved the lives of five people who were stuck at sea by alerting the coastguard.

All of the recipients will get their Gold badges during a special Blue Peter programme which airs on CBBC and BBC iPlayer at 5pm, Thursday 25 February.

Nikki Lilly gets a surprise from Blue Peter - her very own gold badge!

191 comments
Back to top
unknown