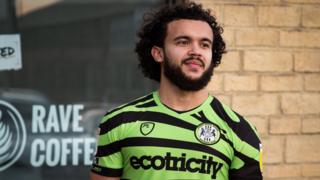 They are not just green by name, Forest Green Rovers are a football club leading the way in the fight against climate change.

Their latest move is to release a kit made from coffee waste and recycled plastic bottles.

The club say the shirts are a football first and will be worn by players when they face Colchester on Saturday.

The team already wear shirts made of bamboo, but these latest designs are even more eco-friendly and lighter to wear.

Club chairman, Dale Vince said: "It's just about not using a virgin material... The shirts are a combination of coffee grounds and recyclable plastic bottles, which is a special process, so everything in them is recycled or organic.

"We think it's lighter than the bamboo, and apparently it breathes better, which is a surprise to me, but there is a performance benefit from minimising plastic because you sweat more and get hotter.

"But you need that blend because the shirts also need to be super tough." 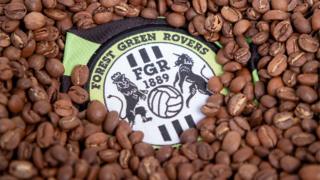 The team are already recognised by Fifa as the "world's greenest football club" and went climate neutral in 2017.

Sustainability is central to everything they do - they use solar panels, electric vehicles and serve vegan food to their players.

They are also planning a new stadium made entirely out of wood.

Vince wants other teams to be more eco-minded too.

"It's time the world of football wakes up and smells the coffee about the future of the planet. If nothing else, this prototype kit will bring new flavour to that old cliché of grinding out a result,"  he said. 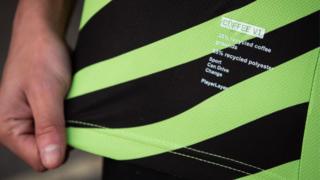 In recent seasons, other clubs including Manchester United, Liverpool, Juventus and Real Madrid have started making shirts made out of recycled plastic bottles too, sometimes with plastic found in the sea.

Vince said: "Taking plastic out of the ocean and using it to make clothes is a great thing to do."

"I don't think it will be long until all clubs are using recycled materials for their kits," he added.

The shirts will be available to buy next season.

We want to know what you think about the team's new eco kit. Get in touch below...

Are you seeing more wasps around?