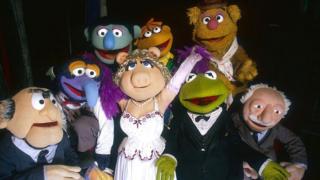 Disney+ has added a warning message at the beginning of some old episodes of The Muppet Show.

The message warns that some shows contain "negative depictions and/or mistreatment of people or cultures" which means they include things like harmful stereotypes.

It continues to say: "These stereotypes were wrong then and are wrong now. Rather than remove this content, we want to acknowledge its harmful impact, learn from it and spark conversation to create a more inclusive future together."

The Muppet Show joined Disney+ on the 19 February, and this message is played before 18 out of 118 episodes.

Disney to reveal the secrets of Marvel's biggest TV shows 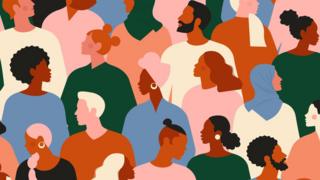 Stereotyping is when people make a judgement about another person based on where they are from, what they look or sound like, without getting to know the person first.

This can be for lots of different reasons such as their gender, race, religion, nationality or if they have a disability.

An example of a stereotype is that girls only like pink, and that boys only like blue.

Why does The Muppet Show have this warning message? 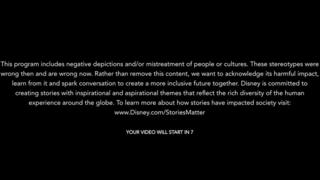 Disney+
This is the message

The Muppet Show first aired in 1976 and ran until 1981, and each episode featured a special celebrity guest.

Disney+ has not said why the message has been added to certain episodes and not others.

The message is played in front of an episode where a country music singer plays a song in front of a Confederate flag, which has links to racism and white supremacy.

In another episode where the message is played, a celebrity guest wears lots of costumes of traditional clothing from countries around the world for a performance of It's a Small World After All, and acts in a way which racially and culturally stereotypes people from those countries.

Which other films and shows also show this message? 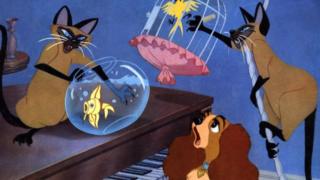 The Muppet Show is not the only content to show this message.

Disney+ first introduced a warning message before some of its films and shows in 2019, which states that they might include racist or offensive elements.

This message was updated to include negative stereotypes in October last year.

The message appears in front of films like: Lady and the Tramp, The Aristocats, Dumbo, Jungle Book, and Peter Pan, for the way that characters are racially stereotyped in them.

149 comments
Back to top
unknown