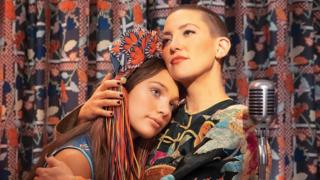 Actress Kate Hudson has responded to backlash about Music, the film she stars in alongside Maddie Ziegler.

The movie is about a neurodiverse teenager, who communicates through a tablet that speaks for her.

It was directed by pop star Sia, but after the trailer was released back in December, it received a lot of criticism for its portrayal of autism.

Kate Hudson said she feels "terrible" when anybody feels left out, and that she and the film's creators "are listening".

Autism spectrum disorder (ASD) - its medical name - is the name for a range of conditions which affect how a person communicates and interacts with the world around them, as well as their interests and behaviour.

It's not a disease or an illness, but a condition that somebody is born with.

Find out more about autism

In the movie, Kate plays the half-sister of the film's main character, Music. After becoming the teenager's only guardian, she sets out to build a better life and family for them.

Kate said: "I think when people see the film, that they will see the amount of love and sensitivity that was put into it.

"But it is an important conversation to have, not just about this movie, but as a whole - about representation.

"For me, when I hear that there's anybody that feels left out I feel terrible.

"It's an ongoing and important dialogue to be had, about neurotypical actors portraying neurodivergent characters.

"It is an important one to have with people with experts and who know how to engage in the conversation.

"I encourage it, truly. I think that it's important to say that we are listening."

Why have some people criticised the film?

Music was recently nominated for two Golden Globe awards, but some people feel upset about the film.

Many people questioned why Sia decided to cast Maddie Ziegler - who doesn't have autism - as the main character, instead of an actress who does.

Actress Bronagh Waugh wrote on social media: "Hi Sia, can I ask why you didn't cast a disabled actor for this part?"

"It's pretty offensive the way you've chosen to portray this character. People with disabilities are not broken and don't need fixing."

Jane Harris, from the National Autistic Society, told Newsround: "We know and have worked with many talented autistic actors and we think they should have had a chance to play the part of an autistic character."

One fan said: "Oh Sia.....you've broken the hearts of so many autistic people."

Elliott: How autism affects my life in lockdown

My Autism and Me - a Newsround Special

'More kids need to know what autism is'

What has Sia's response been? 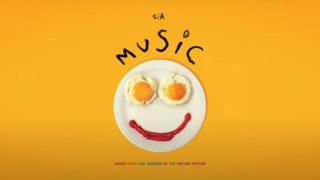 At first Sia defended her decision and seemed annoyed at the criticism: "Why don't you watch my film before you judge it?"

She said she did hire "special abilities kids" to work on the film, including one girl on the autistic spectrum, before casting Maddie, but said this actress found working on the film "unpleasant and stressful".

However, following the recent Golden Globe nominations and the ongoing criticism, Sia tweeted: "I promise, I have been listening" and that she was "sorry". 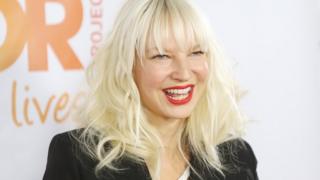 One scene in the film shows Music's character being held down and restrained to calm her down. This has sparked a huge backlash as this can be very dangerous for autistic people.

Responding to these concerns, Sia tweeted: "The motion picture MUSIC will, moving forward, have this warning at the head of the movie. MUSIC in no way condones or recommends the use of restraint on autistic people."

"I plan to remove the restraint scenes from all future printings. I listened to the wrong people and that is my responsibility, my research was clearly not thorough enough, not wide enough."

The film is due to be released this month.

Music: Why has Sia been criticised for her new film?

85 comments
Back to top
unknown