Cumbria coal mine: What's happening and why are people talking about it? 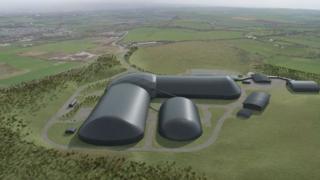 West Cumbria Mining Company
The project is planned for a site near Whitehaven, Cumbria

The UK's first deep coal mine in 30 years is being debated by Cumbria County Council.

The council supported plans for the coal mine to be built in Whitehaven last year, but now new information about the UK government's carbon budgets means they are rethinking the decision.

There is passionate debate on both sides about whether building a new mine is a good idea.

Supporters of the mine say it will create jobs and that the coal is needed for the UK steel industry.

But environmentalists oppose the mine, because of the negative climate impact of burning fossil fuels.

Read on to find out more... 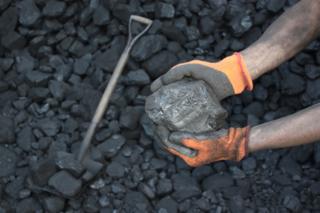 Coal is a shiny black rock found deep underground, formed by ancient trees and plants that have been squashed under layers of rocks for millions of years.

Unlike other rocks, it can be burnt to create energy and is called a non-renewable fossil fuel - that means it can only be used (burned) once.

Coal mining is the process to take the coal from the ground. 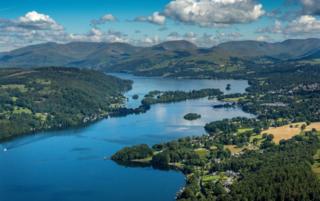 Getty Images
Cumbria in the north-west of England is best known for the Lake District, England's largest national park and a world heritage site.
Why is the mine being built?

The purpose of the mine would be to remove coking coal from beneath the Irish Sea. Coking coal is used to produce steel.

A UK-based mine would mean coal would no longer need to be shipped from Australia or North America, saving on carbon emissions.

More than 40 Conservative MPs are behind the plan and think the mine should go ahead. Many are supportive because they think it will create lots of new jobs and be good for the economy in Cumbria.

Who is against it? 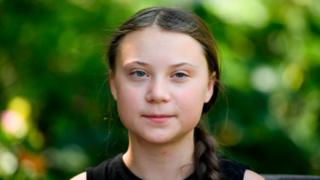 The UK agreed to cut down on its carbon emissions, along with other countries around the world, as part of the Paris Agreement. Some people think that developing the coal mine goes against this promise.

Environmentalist Greta Thunberg has also spoken out about it. On her Twitter account she posted: "The UK government has decided not to intervene with the plans of opening a brand new English coal mine. This really shows the true meaning of so called 'net zero 2050'. These vague, insufficient targets long into the future basically mean nothing today."

Why are people against using coal

Environmentalists are against using coal because of the impact on the planet.

According to Greenpeace, when coal is burnt it releases carbon dioxide which traps heat from the sun and makes the planet warm up.

Coal also produces elements that can add to air pollution.

Tim Farron is the MP for the nearby Westmorland and Lonsdale constituency, and says the mine would be an "almighty backwards step in the fight against climate change".

Thousands others have also objected to the plan, along with campaign groups Friends of the Earth and the World Wide Fund for Nature (WWF). 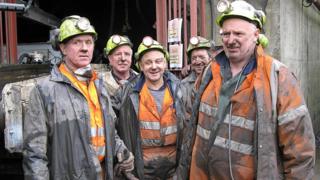 PIERRE PRATABUY/AFP via Getty Images
Why is the decision being reconsidered?

The government's climate advisory Climate Change Committee has said that to meet the targets of the Paris Agreement, steel firms must stop burning coal by 2035.

Cumbria County Council is now looking over this advice to help make their final decision.

In November the UK is hosting the Cop26 climate conference, where global leaders will meet to discuss climate change. Members of the committee worry that building the mine will send a message that climate change isn't a priority for the UK.

What is coal used for?

Coal is used for power and electricity. It is a fossil fuel, which means it is formed from the remains of plants and animals that died millions of years ago.

Coal is dug out of the ground so we can burn it and turn it into power.

Britain has used coal for power since the Industrial Revolution in the 18th Century. However because of the impact on the environment, Britain now uses other sources of power such as wind turbines, gas and nuclear power.

Coal is also used to make steel. According to the World Coal Association 70% of steel produced uses coal.

Companies are developing more environmentally friendly ways to make steel, such as electric arc furnaces, which melt down recycled steel.

Will it create jobs?

West Cumbria Mining - the company building the mine - have claimed their plan would create over 500 jobs. However some people think this is exaggerated.

Also while many jobs would be created, according to the Office for National Statistics, the number of people without jobs in Cumbria 2019/2020 is actually less than the average in the rest of the country.

Cumbria County Council will reconsider the decision for the mine in the next few weeks, with the new evidence on climate change that they didn't have last time they considered it.

122 comments
Back to top
unknown